Boeing spent Wednesday evening drawing an airplane on the sky.

The aerospace giant was testing a upgraded engine for its 787 Dreamliner for long endurance flights and reliability and the company had 18 hours to kill. So its flight planners designed a route that, once finished, looked liked one of its Dreamliner jets. 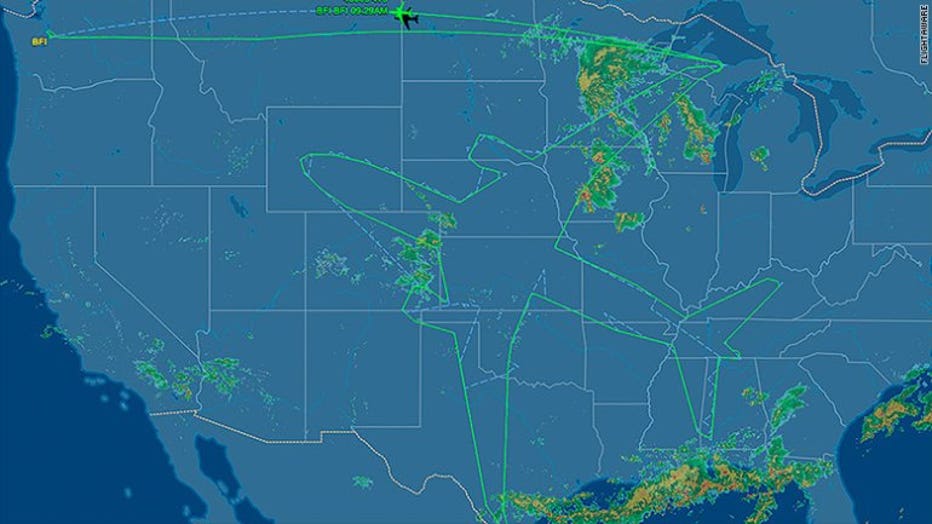 The route started in Seattle heading east late Wednesday afternoon. But the fun really started over the Upper Peninsula of Michigan, when the Dreamliner started heading south as it began to trace the shape of an airplane.

By the time it was done Thursday morning, the wingtips stretched from Michigan to Texas while its nose touched Wyoming and it's tail was in Alabama.

Even with storms in the Upper Midwest, Boeing managed to complete its tracing for the world to see on flight tracking websites.

Boeing has undertaken creative flights before. Earlier in the year it traced an enormous '737 Max' over the U.S., and another time it was the company logo. Another flight took a route that flew over all 48 states in the contiguous United States.