EVERETT -- Boeing announced Thursday that new, improved lithium-ion batteries on 787 commercial jetliners are in production and could be ready for initial installation within the next few weeks.

At a news conference in Tokyo, Boeing executives said that they hope commercial flights of the 787 will resume "within weeks, not months," although that depends on the FAA and other regulators.

Battery fires and smoke from the batteries prompted the FAA to ground the Boeing 787 Dreamliners in January. The grounding has forced Japan’s airlines to cancel hundreds of flights, costing millions in lost revenue. Boeing has warned customers of delays to deliveries, although it continues to make the plane.

On Thursday, Boeing said the improvements on the batteries, which continue to undergo extensive certification testing, will allow operators to resume commercial flights with their 787s as soon as testing is complete and the Federal Aviation Administration and other international regulators grant their final approval. 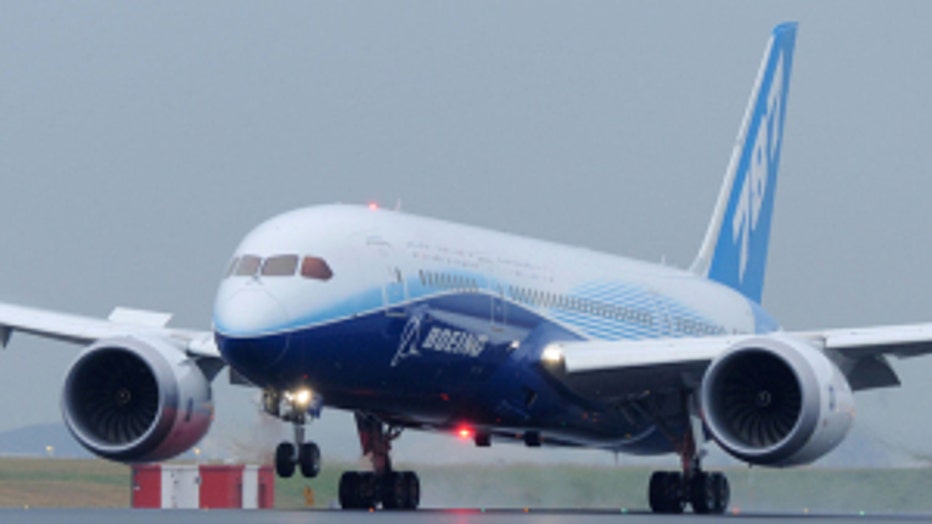 "As soon as our testing is complete and we obtain regulatory approvals, we will be positioned to help our customers implement these changes and begin the process of getting their 787s back in the air," said Boeing Commercial Airplanes President and CEO Ray Conner. "Passengers can be assured that we have completed a thorough review of the battery system and made numerous improvements that we believe will make it a safer, more reliable battery system."

Earlier this week, the FAA approved Boeing's certification plan, which lays out the testing to be done to demonstrate that the battery improvements address the conditions laid out in the Airworthiness Directive that has suspended 787 commercial operations.

The enhancements to the battery system address causal factors identified by the Boeing technical team as possible causes of battery failure.

"We've come up with a comprehensive set of solutions that result in a safer battery system," said Mike Sinnett, vice president and chief project engineer, 787 program, Boeing Commercial Airplanes. "We have found a number of ways to improve the battery system and we don't let safety improvements go once they are identified. We incorporate them into our processes and products."

The first layer of improvements is taking place during the manufacture of the batteries in Japan. Boeing teamed with Thales, the provider of the integrated power conversion system, and battery maker GS Yuasa to develop and institute enhanced production standards and tests to further reduce any possibility for variation in the production of the individual cells as well as the overall battery.

Boeing, Thales and GS Yuasa have also decided to narrow the acceptable level of charge for the battery, both by lowering the highest charge allowed and raising the lower level allowed for discharge. Two pieces of equipment in the battery system – the battery monitoring unit and the charger are being redesigned to the narrower definition. The battery charger will also be adapted to soften the charging cycle to put less stress on the battery during charging.

Changes inside the battery will help to reduce the chances of a battery fault developing and help to further isolate any fault that does occur so that it won't cause issues with other parts of the battery.