WASHINGTON -- Ever present but rarely so public, the rift between the tea party wing and less radical establishment Republicans over policy and tactics was on full display Thursday ahead of a House vote on the compromise federal budget worked out with Democrats.

House Speaker John Boehner escalated his criticism of outside conservative groups opposed to the budget deal, saying they lost credibility by rejecting the plan before it was announced. He also blamed them for pushing GOP legislators into the politically disastrous government shutdown in October. 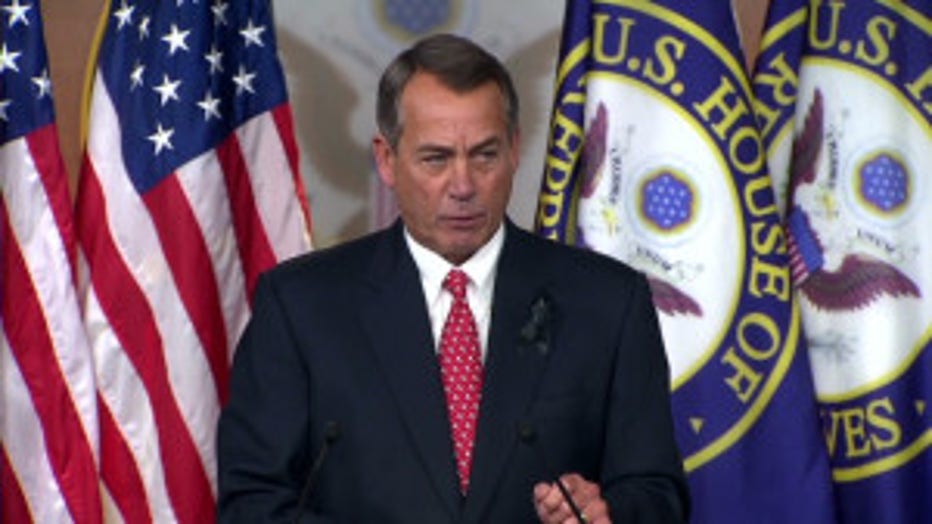 "The day before the government re-opened, one of these groups stood up and said 'well, we never really thought it would work,'" he told reporters before animatedly asking: "Are you kidding me?"

Republicans received the brunt of the blame for the 16-day shutdown, and Boehner and other leaders want to avoid such confrontational tactics favored by tea party conservatives seeking drastic spending and deficit reduction.

The agreement reached by GOP House Budget Committee Chairman Paul Ryan and his Senate counterpart, Democrat Patty Murray, would extend government spending into 2015 to remove the threat of another shutdown before next year's congressional elections.