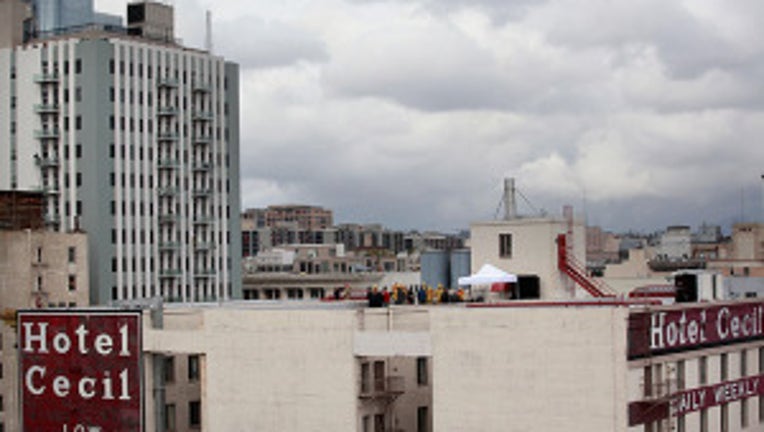 LOS ANGELES -- A Canadian woman who was last seen at a downtown Los Angeles hotel almost three weeks ago was believed to have been found dead Tuesday in a water tank at the top of the building, authorities said.

A worker at the Cecil Hotel on Main Street discovered the body -- believed to be that of Elisa Lam, 21 -- about 10 a.m. while responding to a complaint about low water pressure, sources said.

Police said the body had not officially been identified. That will be done by the Los Angeles County Coroner’s office.

Sources familiar with the case said it was too early to tell whether the person was the victim of foul play but said the location was being treated as a crime scene. Her body was found in one of four tanks that make up the water supply for the hotel.

Lam, of Vancouver, Canada, arrived in Los Angeles on Jan. 26 and was last seen Jan. 31 at the Cecil Hotel at 640 S. Main St., police said. Lam's final destination was believed to be Santa Cruz; her reasons for visiting California were unclear.