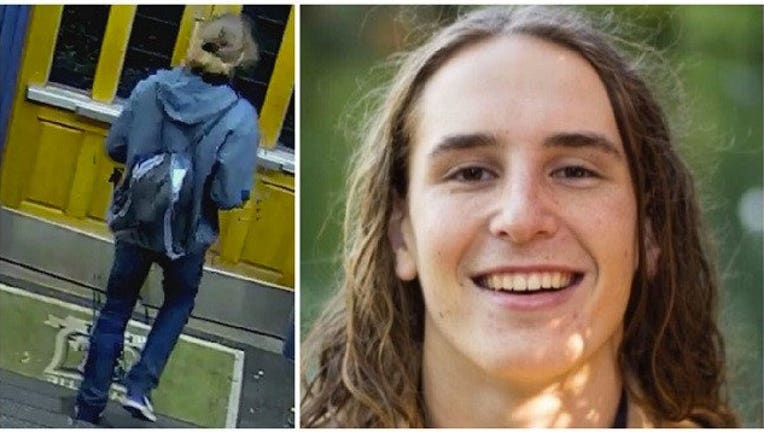 PORTLAND, Ore. -- A body pulled from the Willamette River Sunday has been identified as the University of Portland student who'd been missing for two weeks, KOIN reports.

Owen Klinger, an 18-year-old college freshman, was last seen on October 6, when he told his roommates he was heading to lacrosse practice, but he didn't have any of his usual gear with him. He also never showed up to practice.

His family said at the time that it was unusual for Klinger to go more than a day without speaking to loved ones. His disappearance prompted a weeks-long search by authorities, family, friends and volunteers.

His body was spotted Sunday afternoon near the St. Johns Bridge. Police haven't said how he died, and they're asking anyone with information about the case to call police at 503-823-0406.