No, these aren't features from the latest fantasy film. Today, thousands of people are getting their bodies modified in all sorts of bizarre and unusual ways. Tattoos are just the tip of the iceberg for people interested in body modification, referred to as "body mutilation" by detractors. 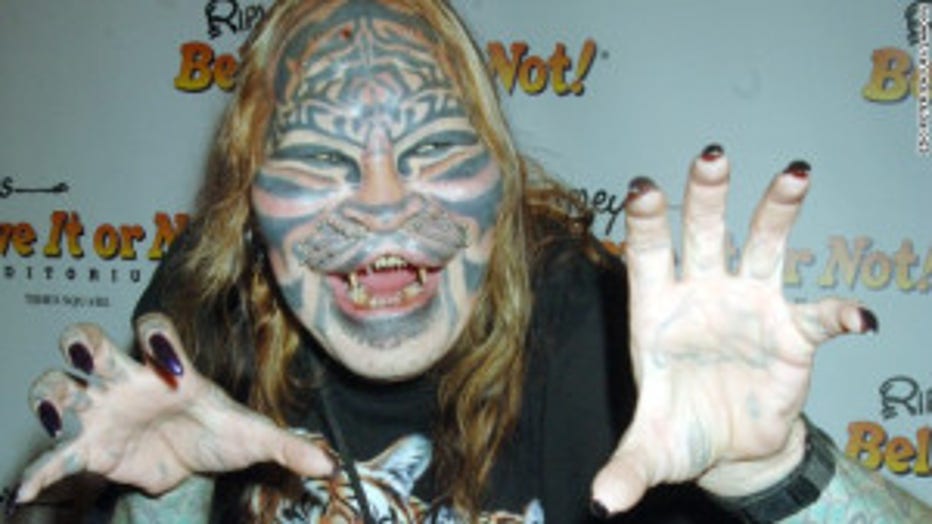 People called "body modification artists" perform these unconventional surgical procedures, typically on young clients. These treatments range from the simple, such as implanting metal bolts on a person's neck, to the extreme, such as creating ridges under a person's skin in order to make him look like a human lizard.

Hard to believe? The website Body Modification Ezine has more than 3 million photos of people who've undergone these various types of body modification.

And it's not just in the United States. Other industrialized countries are seeing the body modification trend expand with new, and increasingly bizarre, treatments. In Japan, young people are plumping up their forehead by injecting large amounts of saline, then pressing their thumb into the middle to create an indentation. This leaves a temporary doughnut-like appearance, dubbed the "Bagel Head."