PIERCE COUNTY, Wash. - Deputies are investigating after a body was found in a burning car in Parkland on Thursday morning.

Central Pierce Fire crews responded to a report of a car fire at an apartment complex in the 1400 block of Sales Road South at about 4:15 a.m.

When crews arrived, they extinguished the fire and found a body in the driver’s seat.

The car was parked in the lot and not involved in a crash.

Pierce County detectives and arson investigators were at the scene.

"We’re looking at several different scenarios," said Sergeant Darren Moss, Pierce County Sheriff's Office. "It could’ve been accidental. It could’ve been the person was killed and then the car was set on fire, or the fire was the thing that killed him either accidental or intentional."

Deputies have eliminated the registered owner of the vehicle as a person of interest, according to Moss.

The cause of the fire is unknown and detectives are working to identify the person inside the car. 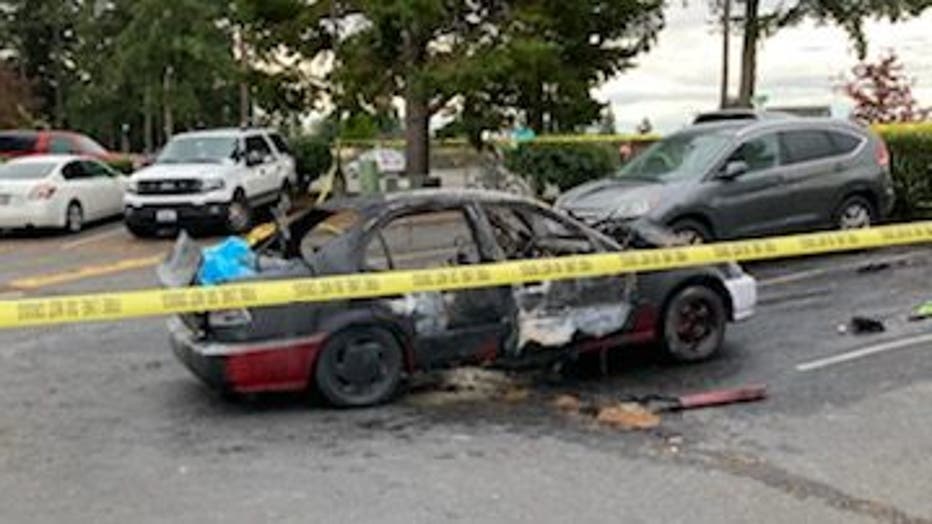