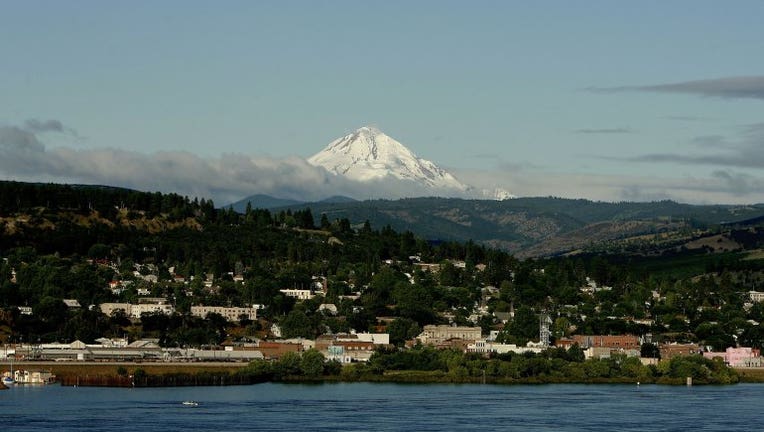 The Oregon town of Hood River and the Columbia. A popular windsurfing destination near Swell City.

SKAMANIA COUNTY --Deputies are investigating after a Portland woman's body was found at a popular wind surfing site on the Columbia River.

The body of Jennifer Gouvea, 38, was found at 3 p.m. Saturday at a popular wind surfing site known as Swell City, Skamania County sheriff's deputies said. Swell City is just off Milepost 61 near Stevenson, Wash on the Columbia River.

Skamania County sheriff's deputies and Region 4 Major Crimes Scene Investigation Teams are investigating the death. Deputies were clear that though the cause of the death was not immediately known, the public had nothing to fear.

"We are awaiting autopsy and toxicology, as well as other evidence collected to assist in determining the manner of death in this case," Skamania County Sheriff's Office said. "At this time this incident has not provided any indication that the citizens of Skamania County have anything to fear."