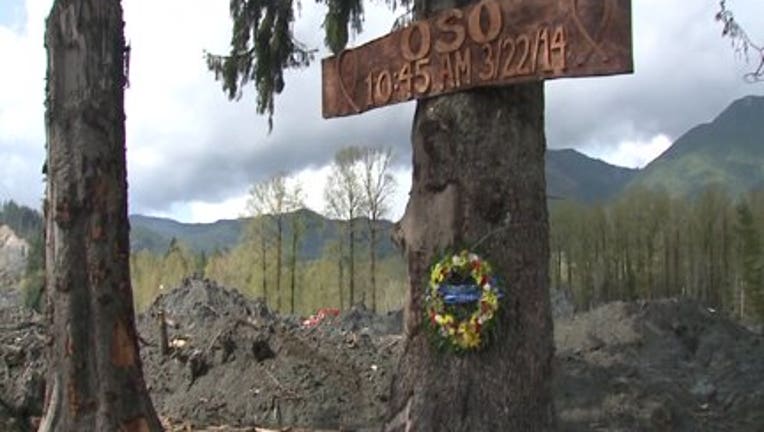 ARLINGTON, Wash. -- Another body was found Thursday in the debris field of the massive Oso mudslide that wiped out 35 homes and killed more than 40 people two months ago.

Prior to Thursday's discovery, the death toll in the March 22 mudslide had remained at 41, with two other people still listed as missing. In late April, after weeks of not finding more bodies, authorities had halted the active search for the two missing residents and continued the enormous cleanup.

Then, another body was found Thursday.

The families of the two missing people -- Steven Hadaway and Molly Kristine "Kris" Regelbrugge -- are now hoping for a call and closure.

Family members say they are staying cautiously optimistic that they body recovered is their loved one.

In the days following the March mudslide, volunteer firefighter Travis Marty helped to recover body after body. It is a memory he says that will haunt him for a long time.

“The look on the people’s faces who just learned they had just lost loved ones, that’s really seared into my memory,” Marty said.

Frank Hadaway, the brother of missing Steven Hadaway, said, “Bottom line is, I know he is with my mom. We just need him, we don’t want him left out there.”

Steve Hadaway was installing a satellite dish at a home on the morning of the massive slide.

Frank Hadaway said he was told the body on Thursday was recovered on the Darrington side of the debris field, giving him renewed hope that it’s possibly his brother’s remains.

“It’s amazing they have found as many as they have with the slide, with just the way the slide happened and everything,” Marty said.

The Hadaways aren't the only family still waiting.

The body of Kris Regelbrugge's 44-year-old husband, Navy Cmdr. John Regelbrugge, was found early in the search effort. But Kris is still missing.

“I understand there are areas hard to get to, so hopefully they will find the last person,” Marty said.

The community says they won’t stop grieving until the last two families get closure.

“It has affected everything -- businesses, the families, so much, so much,” Arlington resident Sharon Burns said.

They've all learned to never take life for granted.

“Life is precious, it can be gone in an instant," said Marty.