Police were responding to a domestic violence call involving a woman and a man  Wednesday evening an apartment complex in the 600 block of 3rd Avenue W.  Police body camera video shows that after arriving at the apartment officers break open the door; a man is seen standing inside.

The body camera video shows the man walking toward the door of the apartment before police shoot and kill him. The man can be seen in the video holding a knife.

Seattle Police released body camera video from four officers who responded to the call. Two of the officers shot the man, police said.

Police also released audio of the 911 call that prompted a response to the building.  Officials say dispatchers received a hang-up call call but were able to reconnect with the woman who reported the incident. 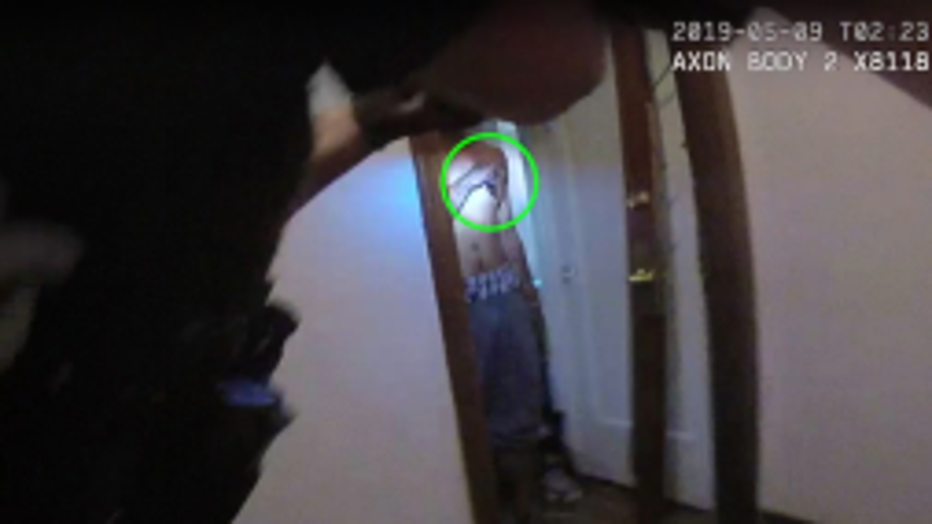 The woman says during the call that she is in the apartment's bathroom and that her boyfriend won't leave.  She tells the dispatcher that he has a switchblade.

"Please get him out, I've been trying to get him to leave," she is heard telling the dispatcher.

She later says that he had previously tackled her and threatened to kill both her and himself.  She said he was not attempting to force his way into the bathroom while she was on the phone.

The King County Sheriff's Office is conducting an independent investigation of the shooting. The man's identity has not been released.