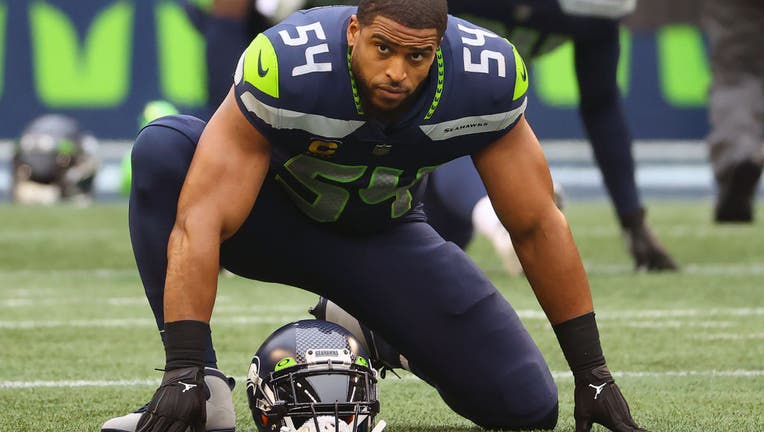 SEATTLE, WASHINGTON - JANUARY 02: Bobby Wagner #54 of the Seattle Seahawks stretches before the game against the Detroit Lions at Lumen Field on January 02, 2022 in Seattle, Washington. (Photo by Abbie Parr/Getty Images)

SEATTLE - Seattle linebacker Bobby Wagner suffered a knee injury on Detroit’s first play from scrimmage on Sunday in what might have been his final home game with the Seahawks.

Wagner appeared to slip and went down awkwardly trying to defend a screen pass for Jamaal Williams. Wagner was down on the field for a few minutes before walking off on his own. He tried to re-enter the game, but was sent back to the sideline, and eventually returned to the locker room with a trainer.

But, head coach Pete Carroll gave an update Monday morning saying the injury is not serious – but he is not sure if it will keep Wagner from playing the Seahawks’ final game next Sunday.

Wagner said during the week he knew last Sunday might be his last home game with the Seahawks. He has a $20 million salary cap hit in 2022 with Seattle looking at an offseason of change.