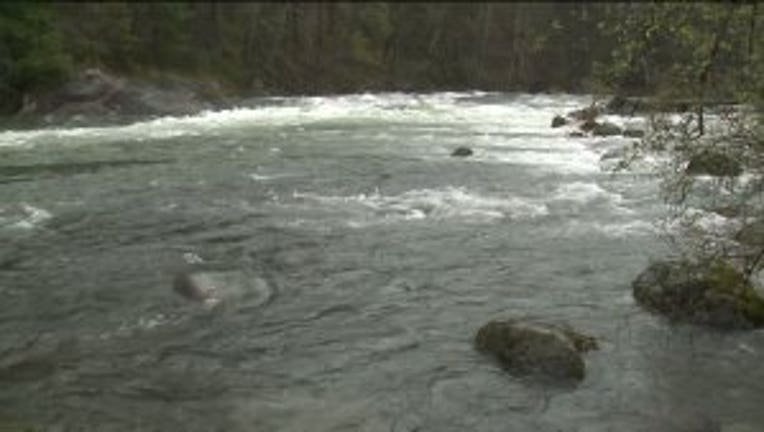 Near Auburn -- A boater is cold and wet but otherwise okay, after his boat flipped on the Green River in Flaming Geyser State Park Saturday night.   The man told us he was going down the river in his boat when it suddenly overturned.  His leg became entangled in a rope, and the boat was upside-down on top of him.

Luckily, he was strong enough to swim to the other side of the river.  But then he had a new problem:  He was trapped there, because the river was too cold, deep, and swift to cross.

A King County rescue team was able to get him to safety.  He told us  he wants to warn other boaters and rafters... the river is far more dangerous than they might think, as they go out on the water on a hot, sunny day.