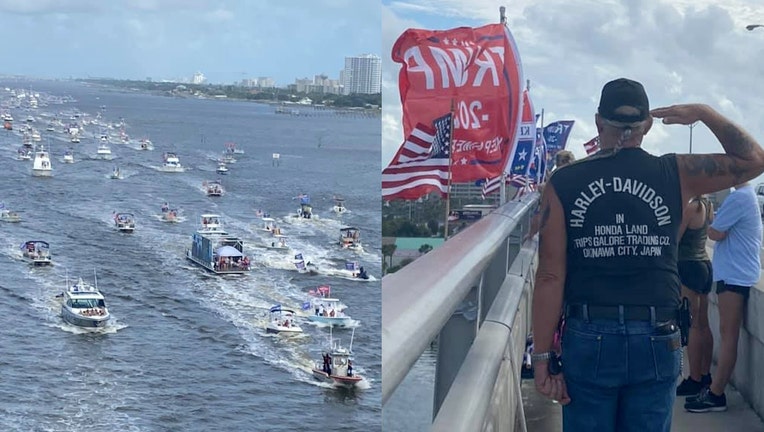 DAYTONA BEACH, Fla. - Another boat parade was held in support of President Donald J. Trump and his reelection campaign on Saturday in Central Florida.

The event, titled 'Daytona/NSB Trump Flotilla to 4 More!' was held Saturday between 10 a.m. and 1 p.m. in Halifax River. Boats gathered at Halifax Marina and traveled to Disappearing Island in New Smyrna Beach.

Photos from the event show hundreds of boats in the water and cars lined up on the bridge above. American flags and Trump flags flew in the air.

Tina Shults took photos of the event and told FOX 35 that "It was an amazing event that so many great patriots were apart of. I had goosebumps watching all the boats and seeing all the American and Trump flags passing by as our National Anthem was playing."

Tune in to FOX 35 Orlando for the latest Central Florida news.