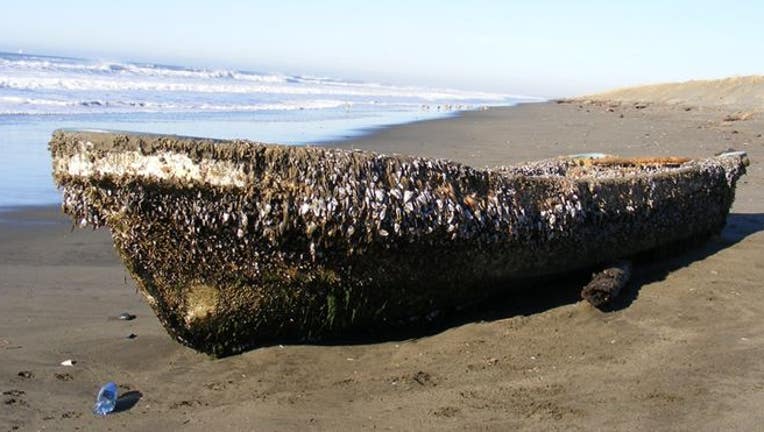 This boat, found at Westport on January 15, 2014, was washed away from Japan by the March 11, 2011 tsunami. The boat was personal property in Miyagi Prefecture. The owner did not want the boat returned. (Photo: Washington state Department of Ecology)

OLYMPIA -- A small boat that was found washed ashore near Westport on Jan. 15 has been confirmed as debris from the 2011 tsunami in Japan, the Washington Department of Ecology said Tuesday.

Department spokeswoman Linda Kent said a number found on the seaweed-covered boat enabled the agency to receive confirmation from the Japanese consulate in Seattle that the vessel was from the Miyagi Prefecture of Japan. But, she said, they were told  the owner didn't want the boat back.

Two other boats more recently washed ashore on the Washington coast -- one near Long Beach on April 23 and another near Ocean Shores on April 28.

Kent said the Long Beach boat did not have identifying information on it and could not be identified, so it was destroyed.

The boat that was found washed ashore near Ocean Shores on April 28 does have information on it, and the state and the National Oceanic and Atmospheric Administration are working with the Japanese consulate in Seattle to try to locate an owner. 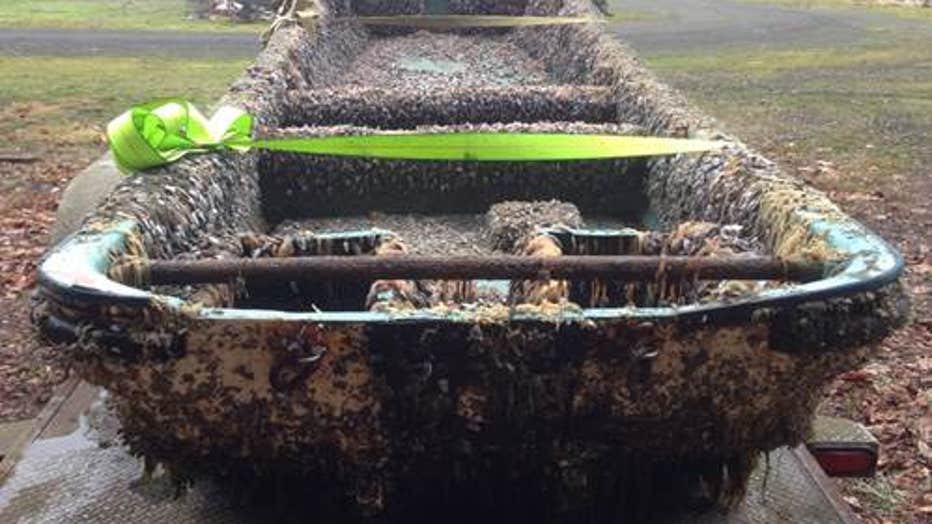 Another look at the boat found near Westport, Wash., on Jan. 15. (Photo: Washington Dept. of Ecology)