SEATTLE -- A 30-foot Ballard Marine Construction boat capsized amid high waves in Seattle's Elliott Bay Friday, tossing the five people aboard in the water.  All were rescued, but one of the five later died. 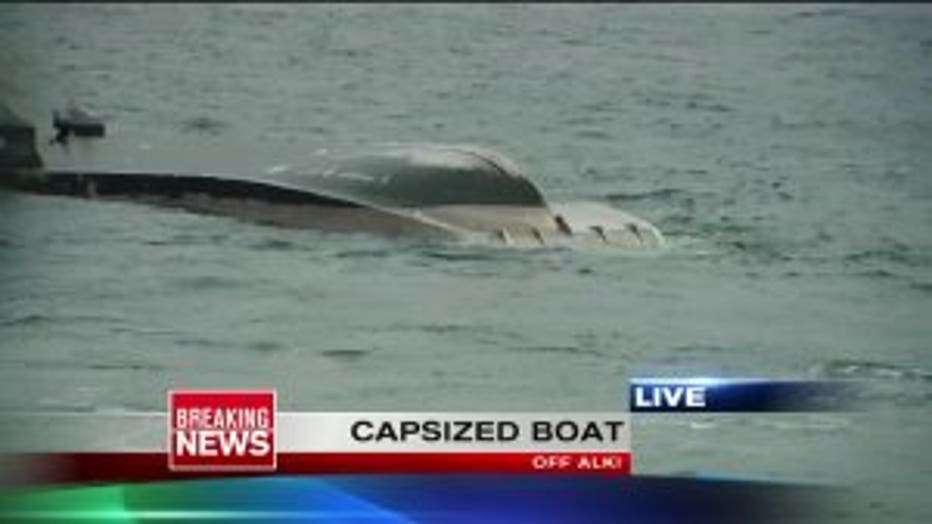 The overturned boat being towed into port in Elliott Bay.

The U.S. Coast Guard said the boat was a 30-foot survey vessel and contained a four-person crew from the Ballard Marine Construction.  The crew members were doing water surveys when the high waves caused the boat to overturn, the Coast Guard said.

The Seattle Fire Department's Kyle Moore said there was a total of five people in the boat. One person was quickly rescued by another boat in the water, he said.

The Coast Guard said one of its boat crews then pulled three people out of the water, and Moore said a fourth person was found stuck beneath the boat and had been under water for 30 to 40 minutes.

All were taken to Harborview Medical Center, but only one -- the one who was found under the overturned boat -- was considered critical with life-threatening injuries. A nursing supervisor at Ha