Dodi Blunts will hit the shelves in March.

OAKLAND, Calif. - Former Seahawks running back Marshawn Lynch is bringing the bling to blunts with a diamond-infused line of cannabis.

The former Seahawks star has named his new venture Dodi Blunts - infused with 24-karat diamonds. They'll hit the shelves in March at 24 "handpicked" dispensaries in the Bay Area, California.

"I’ve been around dodi most of my life," Lynch said. "As I learned more about the business, the financial upside, the good that could be done, and the doors it could open, I knew it was something I needed to be rockin’ with. And at the end of the day, the industry has the ability to raise up Black and Brown communities—and I intend to lift up those who I can. Plus, dodi allows me to share with the world. What gets me (and my fam) in our zone, so others can get on my level." 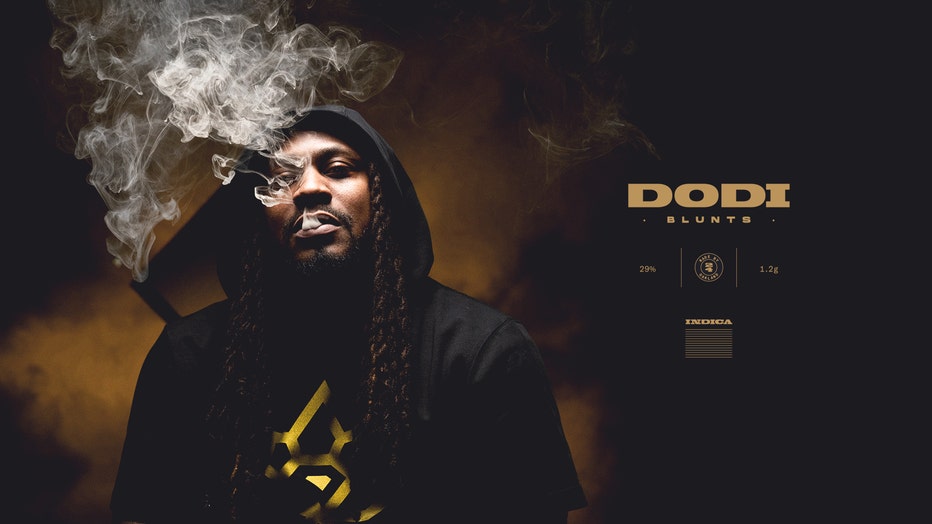 Lynch, better known here as Beast Mode, earned his moniker for a powerful running style that included an uncanny talent for breaking tackles, punishing stiff-arms on defenders and diving backwards into the endzone to deafening cheers at what was then CenturyLink Field.

Combined with the "Legion of Boom," Lynch was part of the most dominant era in Seahawks history.

Lynch earned over 1,200 yards rushing in four straight seasons with the Seahawks from 2011 to 2014, led the league in rushing touchdowns for two consecutive years and is a five-time Pro Bowler.

He retired in April 2019, but returned to the Seahawks in December of the same year to play the last game of the regular season and the playoffs.

Lynch's dive into the cannabis industry will add to the lengthy list of other ventures he is involved in, including eSports, sports betting and collectibles, and beverages (alcoholic and non). Dodi Blunts is owned by Lynch and will be a partnership with Toronto-based 2nd and Goal Ventures.

Lynch's new business is also partnering with the Last Prisoner Project, a nonprofit working to free prisoners who are serving time for marijuana convictions.