Video, via Blue Origin's webcast, showed a normal liftoff but then an in-flight failure and abort about a minute into the mission.

VAN HORN, Texas - Space tourism company Blue Origin had an unexpected test of its rocket’s in-flight abort system during a Monday morning launch, though no people were onboard at the time.

The New Shepherd rocket blasted off from west Texas just before 9:30 a.m., carrying a capsule full of experiments on what was supposed to be a 10-minute ride to the edge of space and back. But one minute into the flight, something automatically triggered the emergency in-flight abort system and the capsule fired its escape engine, pulling clear of the booster rocket at about 30,000 feet.

Video footage from Blue Origin’s live webcast showed the capsule pull away and drift through the air before safely deploying its parachutes and landing safely in the desert. 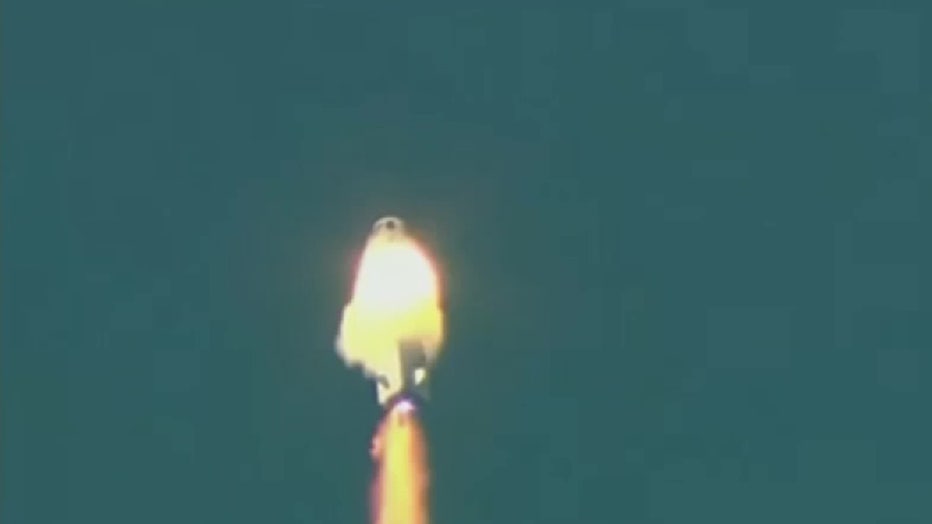 The moment of failure. (Via Blue Origin)

The video feed did not show any more views of the booster itself, though the last few frames of footage appeared to show the rocket’s normally clean-burning engine begin to sputter, producing more exhaust and flames than normal.

The company did not immediately provide any more details other than to confirm that the booster had failed and ultimately "impacted the ground."

The FAA said it will investigate the incident; all of the company's commercial flights will be on hold until the agency clears them to fly again.

This was the 23rd flight of Blue Origin’s New Shepherd rockets, which have made headlines carrying people like company founder Jeff Bezos and actor William Shatner on suborbital jaunts, though this one was packed with 36 experiments from paying customers and no humans were aboard.

On a typical flight, the capsule would parachute down after experiencing a few minutes of weightlessness, while the booster would make a powered landing to be refurbished for reuse. 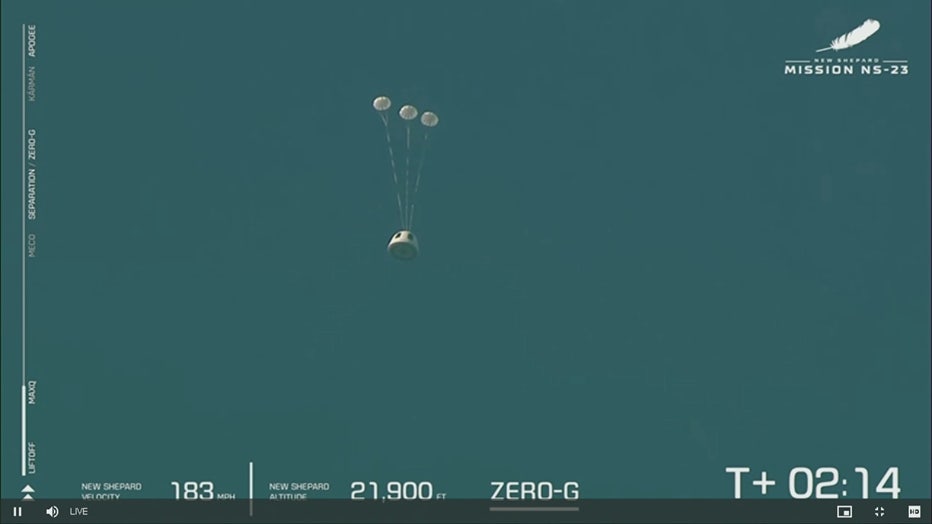 The capsule landed safely after the abort. (Via Blue Origin)

This was the ninth flight for this particular booster, and the first known use of New Shepherd's in-flight abort system.

Blue Origin’s rival SpaceX tested the in-flight abort system of its orbit-capable Dragon capsule prior to its first flight with astronauts back in 2020.