SEATTLE -- Blue C Sushi, known for its conveyor belt delivery, has closed all locations in and around Seattle.

The closure appears to be sudden. According to a report from Eater Seattle, the staff received an email over the weekend informing them they were out of a job.

A sign posted on the door of one of its restaurants confirms the closure.

"We've been so fortunate to have had the opportunity to serve you all through the years, and it saddens us to announce that we are closing," the sign reads. "We have had so much fun along the way while creating deep, lasting friendships with our community. We thank you for your years of patronage and wish you the very best." 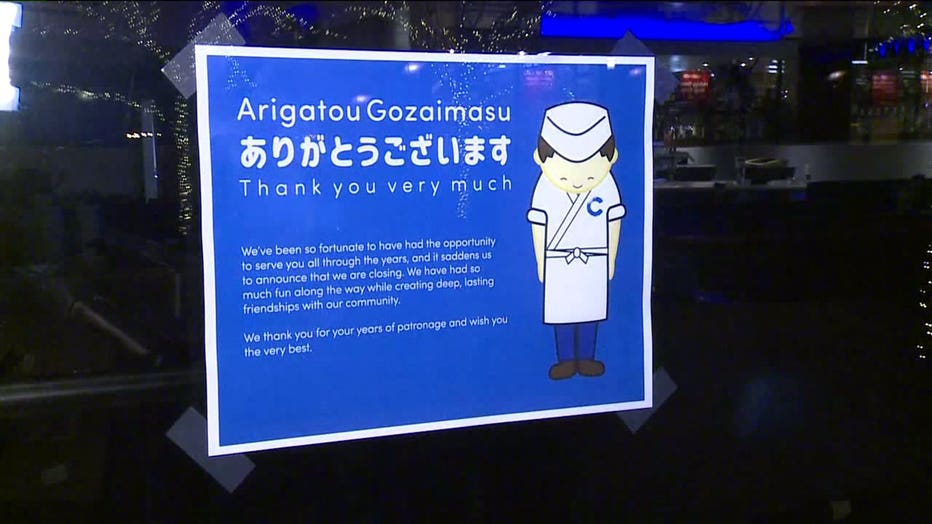 Blue C Sushi had five locations in Washington: two in Seattle, one in Lynnwood, one in Bellevue, and one in Tukwila. It also had two restaurants in California.