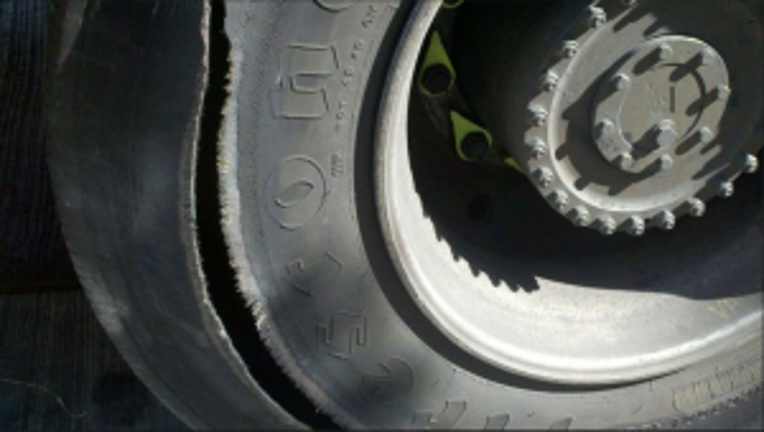 SEATTLE -- Debris kicked in the air from a blown bus tire injured three children and one adult Friday morning in the International District.

The mother told firefighters she was waiting at a busstop with her children when an approaching bus blew a tire. Debris from the tire or near the tire flew into the air and struck the family.

They were taken to Harborview Medical Center as a precaution, Moore said. It was unknown if the bus was a Metro bus or an area school bus.

The incident is being investigated.