If you make excuses for yourself: don't. This Snohomish High School athlete doesn't let anything, including blindness, prevent him from making his dreams come true.

SNOHOMISH, Wash-- Snohomish High School Sophomore Humoody Smith spent this past spring shattering the competition and perceptions by overcoming some pretty remarkable challenges. He’s blind, but that hasn’t stopped him sprinting around a track, thanks in part to another student. Smith was hit in the face by gunfire in Iraq when he was two years old. His parents in Iraq sent Humoody to live with a family Snohomish County to get facial reconstruction surgery, one of 29 surgeries he would need. “The family that I’m with now said that they’d keep me," Smith said with a smile. "Ha, they didn’t know what they’d get into.” Despite being blind, Smith got into everything. Ice skating, wrestling, playing football and basketball -- always finding ways to overcome. But to compete in track, he needed someone to keep him on track. 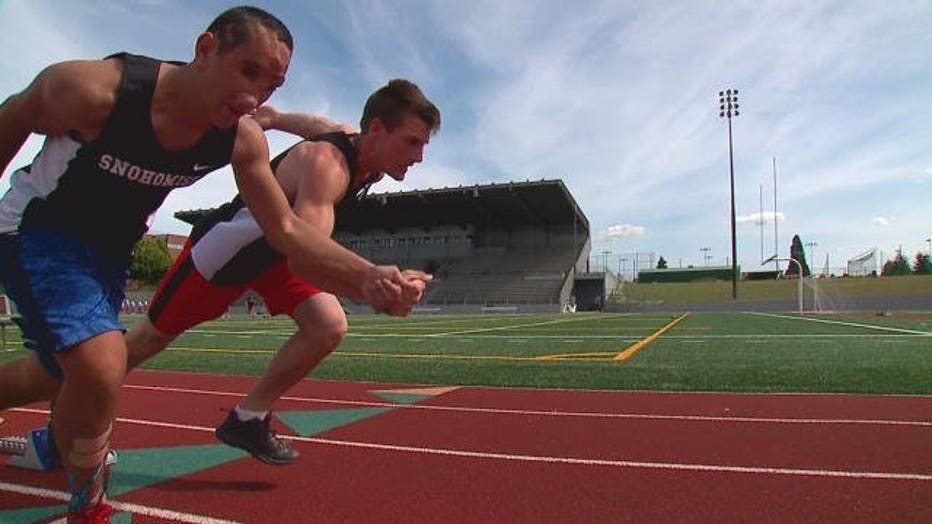 His track coach took a stab at an unlikely candidate, pole vaulter Zeb Kumley. “I was a little confused as to why he chose me,” Kumley said. It just clicked. The two were off and running with Kumley guiding Smith using an elastic band attaching both sprinters at the hand. 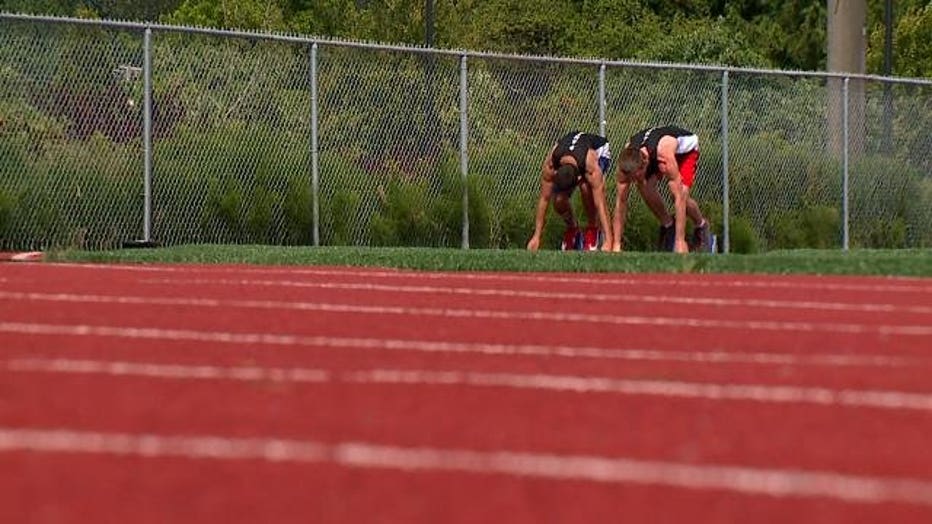 Hard work and determination put them on track to do something special. “I won state in the 100 ambulatory division. I won state in 200 ambulatory division. I won state in the 400 ambulatory division,” Smith said.  “It was the perfect way to cap a really solid season. It's a testament of Zeb really.” As a guide, Kumley’s name will never appear in the record books. “Who cares about winning titles," Kumley said. " I just want to run with the guy.” It shows all of us, you don’t need to see what’s in front of you to realize when you’ve already won. Smith said, “It’s a very dependent relationship, and I think it’s made us better as individuals.” Smith qualified for the Junior Olympics this summer. Kumley is going off to college in the fall at Montana State University. His school year wraps up early and he’s hoping to return and run with Smith again next year. “Never assume where you can find friends," Kumley said. "Because I definitely did not expect to find a friend in Humoody and I ended up getting a brother out of it.” 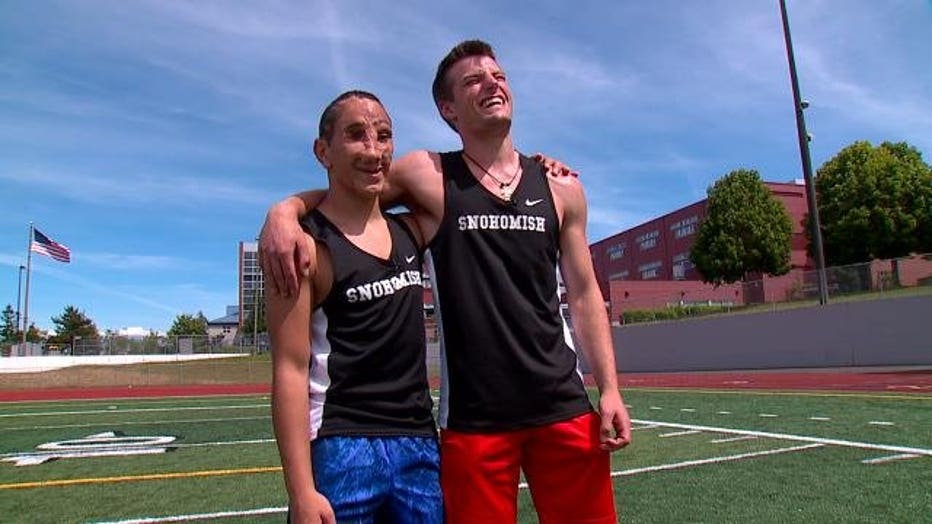