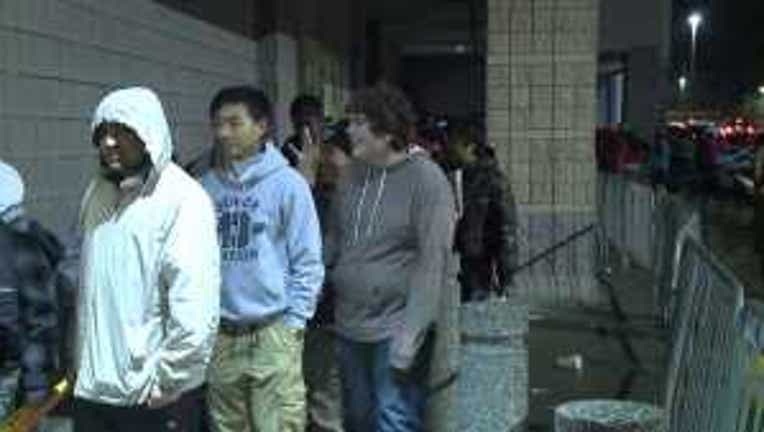 NEW YORK-- Apparently, full stomachs after Thanksgiving dinners get people in the mood for some real shopping.

Customers flocked in to early store openings on Thanksgiving day to scoop up "doorbuster" deals. A record 247 million shoppers visited stores and websites in the post-Thanksgiving Black Friday weekend this year, up 9% from 226 million last year, according to a survey by the National Retail Federation released Sunday.
Individual shoppers also shelled out more money -- spending $423 this weekend, up from $398 last year. Total spending over the four-day weekend reached a record $59.1 billion, a 13% increase from $52.4 billion last year, according to the NRF.