A local, Black-owned coffee shop aims to uplift and and help with equality and representation in the community.

SHORELINE, Wash. - Black Coffee Northwest is a Black-owned business in Shoreline that’s grounded in helping the community - even after facing multiple racist attacks.

DarNesha Weary and her husband own the family-run business located on Aurora Avenue and 170th Street.

"This space for me is a catalyst for change," said Weary. "We want people to walk in for coffee and walk out challenged to be a better person."

Weary says from their merchandise to their menu, and even the paintings on the wall; you will find messages of inspiration and creativity.

You will also find what she calls "conversation starters."

"The Karen is a white chocolate mocha that’s one of our top-selling drinks," Weary explained. 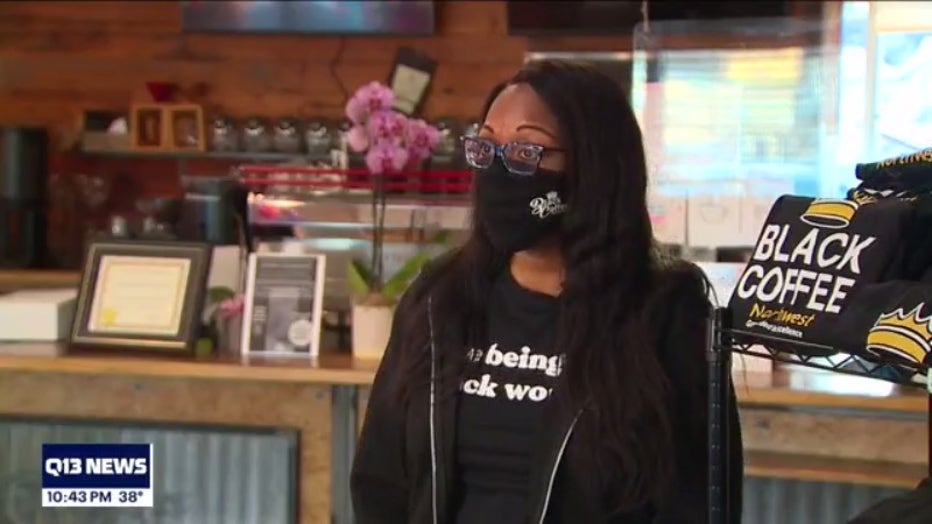 "We are able to have the conversation about how when you do that to Black people and call the police it can literally change the course of our lives and how dangerous that is."

Black Coffee Northwest is no stranger to what danger can look and feel like.

Since opening last October they’ve had Molotov cocktails thrown at their business and swastikas drawn on the building.

"People in this neighborhood and business owners, they were shocked," said Weary. "So we were able to say again it's racism and the only reason our experience was difference because we are Black."

After the latest incident in January, lines wrapped around the building with customers showing their support in the wake of the hate crimes.

"We have not caught the people who did it and we are working with the local sheriff’s department," said Weary.

These attacks aren’t the only unsolved hate crimes Shoreline has seen.

"Edwin Pratt was a big guy in a lot of ways," said Stephanie Johnson-Toliver, president of The Black Heritage Society of Washington State.

The Urban League of Seattle brought Edwin Pratt and his wife Bettye to the Pacific Northwest back in 1956.

By 1961 he was the Urban League’s executive director, bringing a revolutionary approach to inequities around town.

"He was a huge advocate, particularly for housing and discrimination in housing," said Johnson-Toliver. "Redlining was big here in Seattle and neighboring communities."

On January 26th, 1969, Pratt was assassinated outside of his Shoreline home. 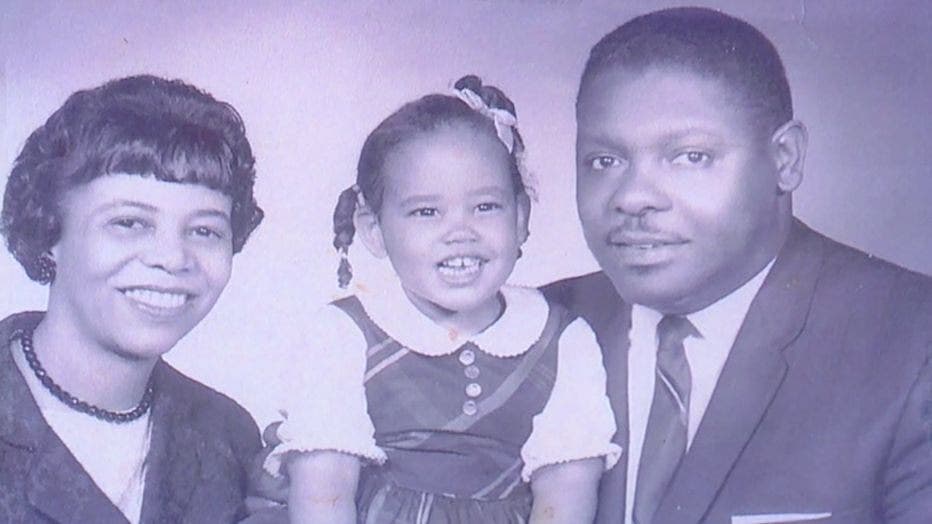 "He’s at home with his family, and it was a snowy day a lot like what we just had," said Johnson-Toliver. "He hears something outside and goes to the front door and as soon as he gets to the front door he’s hit by a bullet that kills him instantly."

The Black Heritage Society of Washington has now digitized a collection to remember Pratt that includes everything from his speeches to family photos.

"His legacy is one of tenacity and the pursuit of all the equities one could hope for," said Johnson-Toliver.

A legacy still remembered around Shoreline five decades later. On Tuesday, a King County Metro bus shelter was dedicated to Edwin Pratt and his fight for civil rights.

For Weary, it’s black history that she says reminds her to keep brewing change for equality every day in Shoreline.

"What our legacy and mark needs to be is that we started the conversation and planted the seed for holding this community accountable and for that to let it grow," said Weary.