Wildlife experts are fielding dozens of calls about a black bear roaming near Issaquah. They say it outgrew its research collar, and the bear is in desperate need of help.

ISSAQUAH, Wash. - Biologists with the Washington Department of Fish and Wildlife (WDFW) say they captured and lethally removed a bear in the Squak Mountain area near Issaquah on May 20.

In late April, the WDFW sent out an alert, asking people in the Squak Mountain and Cougar Mountain area to be on the lookout for this bear, so it could be trapped. The WDFW said the bear was suffering, because he outgrew his research collar, which was becoming too tight for his neck.

The bear was found getting into garbage and eating other human-provided food sources for more than three years. Weighing 352 pounds, the bear was exceptionally large for its age, because of the amount of high calorie food he was eating. A normal weight for this five-year-old bear is 200 pounds.

RELATED: Tips flood in to WDFW as search continues for collared bear in Issaquah

On Tuesday, the WDFW released a statement saying this situation could have been avoided.

"This bear’s unfortunate story is a sad reminder of the need for assistance from the public in keeping wildlife wild," said WDFW in Tuesday’s press release. "Most of Washington state is inhabited by black bears, and both residents and visitors need to properly secure garbage by keeping it inside a garage or using bear-resistant containers, as well as removing other attractants such as taking down bird feeders in the spring to prevent bears from becoming conditioned to human food sources." 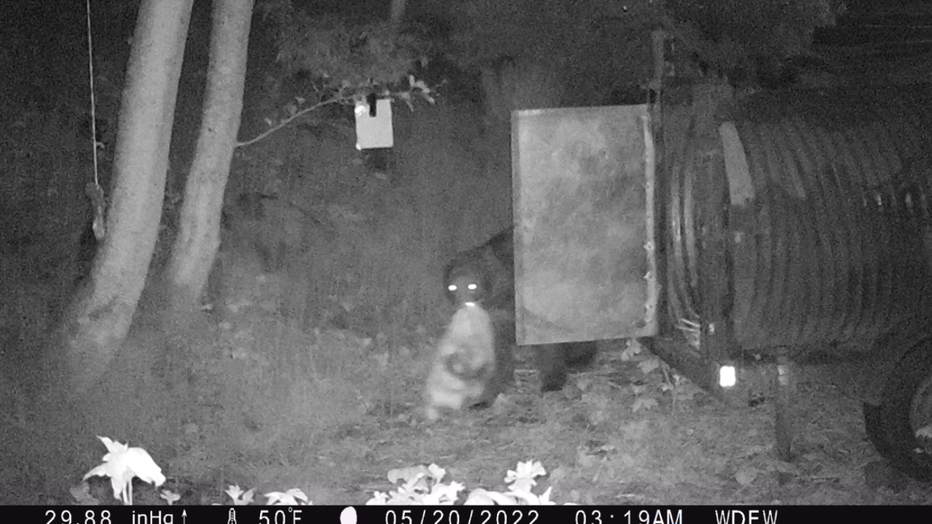 People in the Squak Mountain area reported seeing the bear, and the WDFW set up a culvert trap to capture him. A camera was set up, and caught the bear dragging a full garbage bag just before he entered the trap.

WDFW biologists sedated the bear and took him in for a health assessment. It was then that they made the tough decision to lethally remove the bear, due to its behavior and condition of being seriously overweight from habitually eating human food. Biologists determined that if they released him back in the wild, he would continue eating human food.

The WDFW says once bears know about a food source, they keep coming back to that place and can become less wary of people and create a safety concern. This was the case with this male bear.

In Washington, it is illegal to feed or negligently attract bears or other large carnivores.

For more information on black bears in the state of Washington, click here.