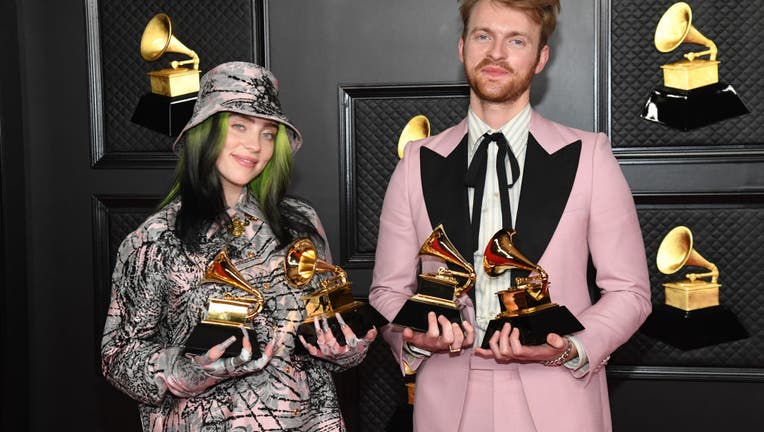 LOS ANGELES, CALIFORNIA - MARCH 14: (L-R) Billie Eilish and FINNEAS, winners of Record of the Year for 'Everything I Wanted' and Best Song Written For Visual Media for "No Time To Die", pose in the media room during the 63rd Annual GRAMMY Awards at L

SEATTLE - Grammy-winning artist sensation Billie Eilish announced Friday her upcoming tour dates for Happier Than Ever, The World Tour, with a stop in the Emerald City.

Eilish will embark on the North American leg of the tour on February 3 in New Orleans, stopping at Seattle's newly remodeled Climate Pledge Arena on March 25th.

The singer, much like fellow touring artists were forced to postpone live performances in 2020 due to the coronavirus pandemic. As states slowly opened back up, artists such as Eric Church, The Weeknd, and James Taylor - to name a few - have announced tour dates in Seattle and Tacoma for 2021 and 2022.

Eilish's sophomore album, Happier Than Ever, is set to be released on July 30. This marks the singer's- along with brother and bandmate, Finneas'- second album. The brother-sister duo have won 7 Grammys and garnered 10 nominations.

Tickets go on sale starting May 28. For ticket information, see their website here.