GREENSBORO, N.C. (MyFOX8/WGHP) — A billboard on Battleground Avenue in Greensboro is getting a lot of attention. The ad claims to be from a woman named Jennifer who is calling out her alleged cheating husband, Michael.

“Oh my,” said Stephanie Sorkin who stopped to read the billboard. “That is hilarious.” 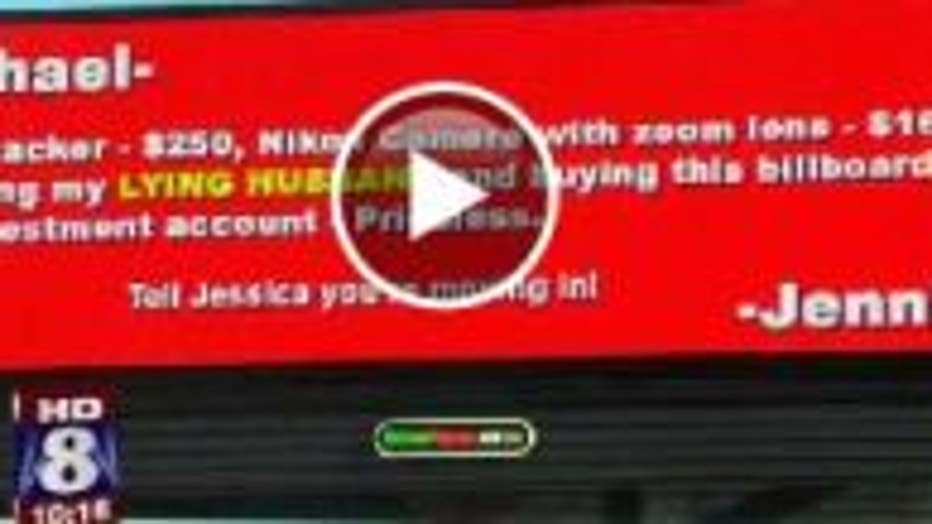 “The little message to Jessica is perfect,” said one woman looking up at the billboard. "I wish I had done that in an earlier relationship.”

The billboard has turned a lot of heads and even slowed down traffic along Battleground Avenue Wednesday afternoon.

Outdoor Signage, the company that owns the billboard, just recently erected it, leaving many questioning if it’s a marketing ploy.

A person from the company’s Facebook page messaged, "We cannot comment on the billboard content right now. We have asked the sponsor for a statement based on your inquiry.”

The billboard also went viral online after WGHP-TV reporter Chad Tucker posted a picture on his Facebook page. The picture was seen by more than a half-million people in less than three hours.