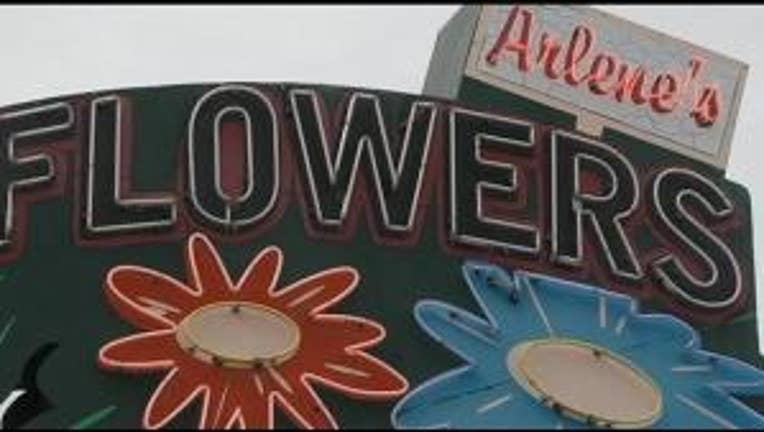 OLYMPIA -- Several Republican lawmakers say a Richland florist had the right to refuse working for a gay wedding. That florist is being sued by the Washington State Attorney General and the ACLU.

Now several Washington state Republicans are pushing a bill that would exempt business owners from being required to provide services if it's against their faith. That bill was introduced in the state Senate on Thursday by bill sponsor Senator Sharon Brown, R-Kennewick.

Senate bill 5927 would grant businesses and individuals "the right to act or refuse to act in a manner motivated by a sincerely held religious belief, philosophical belief, or matter of conscience."

The bill comes after State Attorney General Bob Ferguson filed a consumer protection lawsuit in early April against Arlene’s Flowers and Gifts of Richland, Wash., for refusing to provide wedding flowers for a same-sex marriage ceremony.

The Attorney General’s Office said that on March 1, Barronelle Stutzman, owner of Arlene’s Flowers, refused to provide wedding flowers to longtime customer Robert Ingersoll based on her opposition to same-sex marriage.

Ferguson sent a letter to Stutzman on March 28 requesting she reconsider her position and sign an agreement indicating her intention to comply with Washington laws. Stutzman’s attorneys responded Monday and said that Stutzman would challenge any state action to enforce the law.

“As attorney general, it is my job to enforce the laws of the state of Washington,” Ferguson said in a news release. “Under the Consumer Protection Act, it is unlawful to discriminate against customers on the basis of sexual orientation. If a business provides a product or service to opposite-sex couples for their weddings, then it must provide same-sex couples the same product or service.”

The Senate bill was introduced yesterday and has been referred to the Law & Justice Committee for further review.

“The Seattle Human Rights Commission denounces this amendment to the existing bill, as it contravenes the very purpose of the anti-discriminatory law itself, and serves as a poorly disguised tactic to allow individuals to discriminate against members of our LGBT community. The legal obligations of States includes the responsibility to safeguard the human rights of LGBT people, this is well established in international human rights law on the basis of the Universal Declaration of Human Rights and subsequently agreed international human rights treaties. All people, irrespective of sex, sexual orientation or gender identity, are entitled to enjoy the protections provided for by international human rights law, including in respect of rights to life, liberty, security of person (Article 3 UDHR) and privacy (Article 12 UDHR), the right to receive equal protection under the law and be free from discrimination (Article 7, UDHR), and the right to freedom of expression, association and peaceful assembly (Article 19).”