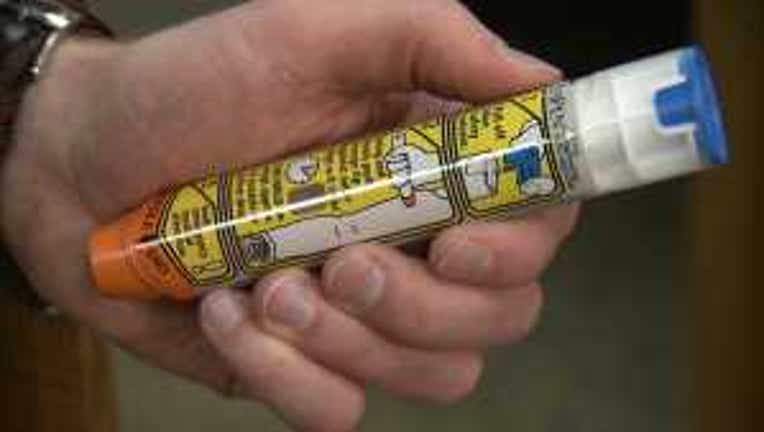 SEATTLE -- A group of doctors wants to change state law so that they can prescribe epinephrine to schools so that students with allegories can be quickly treated when they have severe reactions.

The EpiPen delivers a dose of epinephrine through clothing to stop a potentially life-threatening allergic reaction.

Dr. Kevin Dooms, an allergist in Bellevue, is one of those looking to change the state law so he can prescribe epinephrine to schools.

"Sometimes there are situations where kids get into trouble, they have, they may not know they have a food allergy,” Dooms said. “They may not have a pen at all, or there might not be a pen nearby."

His push follows the death of Ammaria Johnson in Virginia last year. The 7-year-old had a known food allergy, but did not have her own EpiPen. It was illegal for her school nurse in to give the girl another student's epinephrine. By the time paramedics arrived, it was too late.

Washington has the same law, blocking school staffers from giving students the medicine unless they have a prescription.

Sally porter's son has a severe peanut allergy. She wants to change the law for other parents, whose children may not know they're allergic.

Recent studies have shown that 1 in 13 children in this country has a food allergy. And 40 percent of those may be at risk for a severe reaction.

Some question the risk of giving schools the drug, concerned that a school nurse or other staff member may misread a child’s symptoms and give a student a dose of epinephrine.

The bill introduced Wednesday in Olympia would give legal protection to doctors, pharmacists, school employees and the schools themselves in the case of epinephrine being administered.