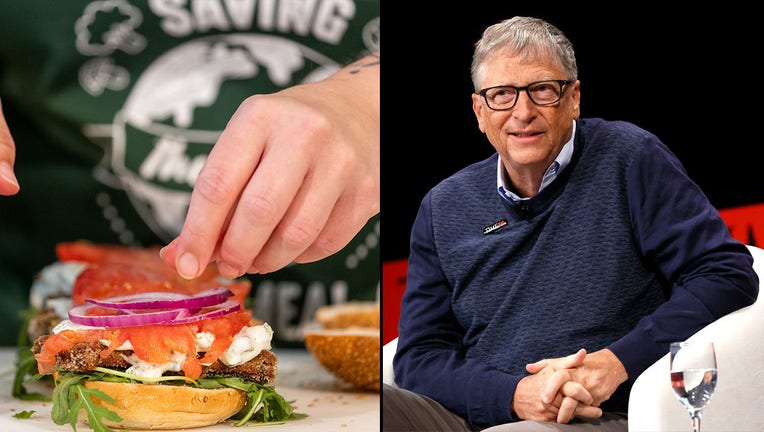 Microsoft co-founder turned billionaire philanthropist Bill Gates said he is hopeful that fake meat products will eventually be a "very good" option for consumers even though the share of products in the "meat" market is small.

"I think eventually these products will be very good even though their share is small today," Gates said in a Reddit forum on a question relating to tackling the climate crisis, first reported CNBC.

Gates said innovations like Beyond Meat and Impossible Foods, which are plant based food options that range from burger to chicken nugget alternatives, and the food technology company, Upside Foods, which takes animal cells to then grow meat in a laboratory environment, are crucial steps for reducing animal consumption.

The climate activist pointed to more traditional approaches to avoiding meat like vegetarianism or going vegan and said, "that is great" but noted that most people will not choose to remove meat from their diet.

"I don’t think most people will do that," he said, noting that alternative meat products were necessary options to therefore lower meat consumption.

The UN this year warned that steps lined out in the 2015 Paris Climate Accord to lower global warning have not been sufficiently taken.

Though Gates said he "still believe[s] we can avoid a terrible outcome."

Studies vary when it comes to the effect that animal agriculture has on the greenhouse gas emissions with estimates ranging from roughly 10 to 20 percent of global emissions, though most studies list it as a leading contributor to climate change.

"The pace of innovation is really picking up even though we won’t make the current timelines or avoid going over 1.5 [degrees Celcius]," Gates said in response to a question on how adequately the world is responding to global warming.

"The key on climate is making the clean products as cheap as the dirty products in every area of emission — planes, concrete, meat etc," he said. "This is the only way we can ask all the countries in the world to change. If it costs a lot extra we won’t succeed."

"We need support on climate from both parties in the U.S. and in all countries," Gates added, noting that "staying hopeful is a good thing."