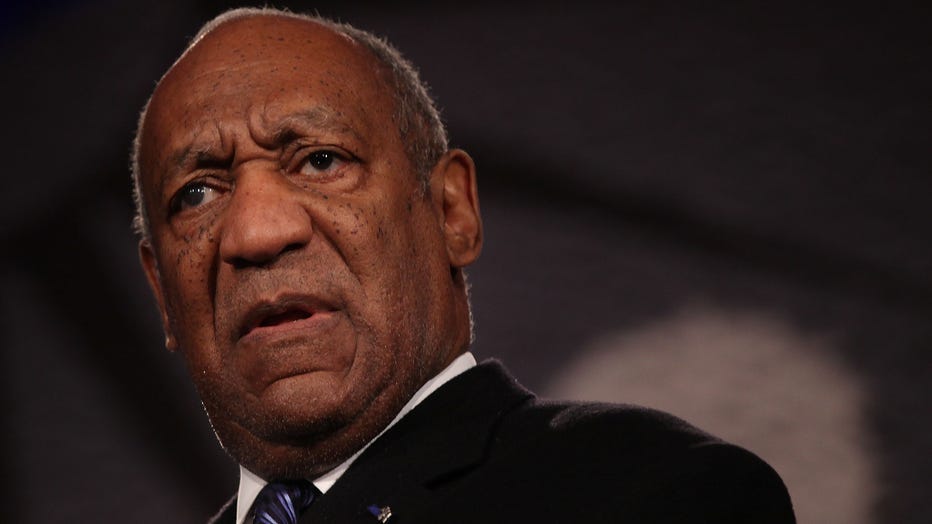 (CNN) -- The court of public opinion has hardly been supportive of Bill Cosby, but the 77-year-old comedian still has his defenders.

Last week, singer Jill Scott engaged with several people on her Twitter account after being approached to sign a petition asking Temple University to cut its ties with Cosby.

Cosby, who attended the school and served on its board, has been accused of rape by a number of women in recent weeks. Through his attorneys, he has repeatedly denied the claims.

"oh ok. So they've proven the alleged allegations? I didn't know. Will they also be giving him back the millions he's donated?" Scott tweeted to the petition request.

On Sunday, Scott responded to criticism with another tweet.

"u know Bill Cosby? I do child and this is insane. Proof. Period," she wrote.

Cosby resigned from the Temple board of trustees on Monday, but his Twitter account, @BillCosby, took note of Scott's support Wednesday morning.

"Thank you @MissJillScott, from the Cosby Family," read the tweet.

Cosby also thanked Whoopi Goldberg. On the November 17 edition of "The View," Goldberg said that people should be skeptical of what they hear.

"Quite honestly, you know, look, I'm sorry, having been on both sides of this where people allege that you do something, it doesn't matter now," Goldberg said after the "View" panel discussed the allegations of Cosby accuser Barbara Bowman. "The cat is out of the bag; people have it in their heads. I have a lot of questions for the lady. Maybe she'll come on."

"you sorry porch monkey deserve everything you get...you gonna stand up for this b*tch and and not a man like Mr. Cosby," he wrote on November 22 in response to a person criticizing Cosby.

After some back and forth, Love said he doesn't believe in trying Cosby in the media.

"Let me be clear, I don't support rape, but @billcosby has been convicted in the media & that is unjust as well #DueProcess," Love tweeted.

The stories of Cosby's purported crimes have been around for about a decade, but in the past two months, they've received new life, stoked particularly by a routine by comedian Hannibal Buress that went viral and a social media stunt that went awry.

At least 17 women have spoken publicly accusing the comedian of sexual misconduct, and many of the women say he drugged them before he raped them. Some of the alleged attacks took place decades ago.

Cosby's attorney, Martin D. Singer, has repeatedly denied the claims. Singer said in a statement to CNN that it defies common sense that "so many people would have said nothing, done nothing, and made no reports to law enforcement or asserted civil claims if they thought they had been assaulted over a span of so many years."

On Tuesday, a woman named Judy Huth filed a lawsuit in Los Angeles Superior Court, claiming sexual battery and infliction of emotional distress during an incident at the Playboy Mansion, according to the documents first obtained by Radar Online (PDF).

The alleged sexual assault took place in 1974, when Huth was 15 years old.

Michael Bilello, a crisis management strategist, doesn't think the celebrity support will make much difference in changing the public's opinion of Cosby.

"The public impression made by Cosby's continuous PR blunders, compounded by the parade of accusers giving detailed accounts, it's certainly created an image that I believe is beyond character endorsements by celebrity personalities," he said.

"There are some loyal friends that, while you respect them standing by their man, (Cosby's) actions -- or inactions -- speak louder than their words."