Microsoft co-founder Bill Gates and his wife of 27 years Melinda Gates said in a statement on Monday that they intended to end their marriage.

According to court documents, the couple’s marriage of 27 years is officially over in the eyes of the law. In docs obtained by Fox Business, a judge signed off on their divorce Monday, putting an end to the saga that began when they announced their split in May of 2021.

In identical tweets at the time, the Microsoft co-founder, 65, and his wife, 56, said they had made the decision to end their marriage. However, at the time they noted that they planned to continue to work together at the Bill and Melinda Gates Foundation, the largest charitable foundation in the world.

"We have raised three incredible children and built a foundation that works all over the world to enable all people to lead healthy, productive lives," they said in a statement. "We ask for space and privacy for our family as we begin to navigate this new life." 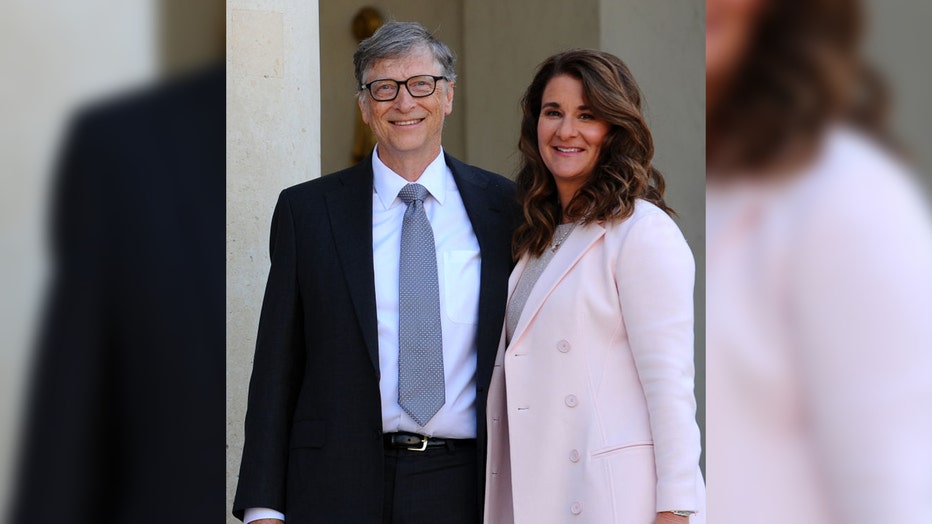 FILE - Bill and Melinda Gates pose in front of the Elysee Palace before receiving the award of Commander of the Legion of Honor by French President Francois Hollande on April 21, 2017 in Paris, France.

The Gateses were married in 1994 in Hawaii and share three children together. They met after she began working at Microsoft as a product manager in 1987. While they announced their separation in May, it is believed they were estranged before that.

Court documents obtained by Fox Business at the time showed that Melinda filed for divorce and stated in the petition that their marriage was "irretrievably broken." The documents also revealed that the Gateses don’t have a prenuptial agreement in place, but stated that they would divide their assets according to a separation agreement.

Given that Bill Gates was once the world’s richest person, with an estimated net worth of $130.5 billion according to Forbes, their assets were sizeable as they entered into separation agreement discussions. It was reported later in May that the duo had individually beefed up their legal teams. However, it seems now that they were able to reach an amicable agreement in just two months.

The exact details of their agreement remain a mystery, however, it was previously reported that Melinda was given sizeable stock transfers to the tune of billions. She acquired 25.8 million shares of Coca-Cola Femsa, a 4.9% stake, and 155.4 million shares of Grupo Televisa SA, a 6.7% stake. As of Wednesday's close, the shares of Coca-Cola Femsa were worth about $121 million and the Grupo Televisa shares were worth about $386 million.