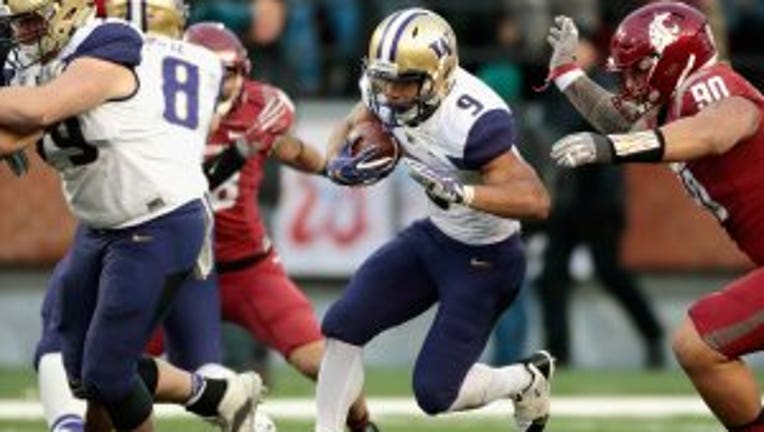 The last time the Washington traveled to Pullman, the Huskies defeated Washington State 45-17 in 2016. (Photo by William Mancebo/Getty Images)

This will be the 111th matchup between the football teams from Washington and Washington State and a lot is on the line, with the winner claiming the Pac-12 North title.

Here’s a look at a few historical numbers ahead of the big game:

When both teams have been ranked: