TACOMA, Wash. -- Dozer, the 3,450-pound Pacific walrus with 17-inch tusks, is back at the Point Defiance Zoo & Aquarium on a breeding loan from SeaWorld San Diego, the zoo announced Friday.

Dozer was scheduled to make his public debut at Point Defiance Zoo on Saturday. 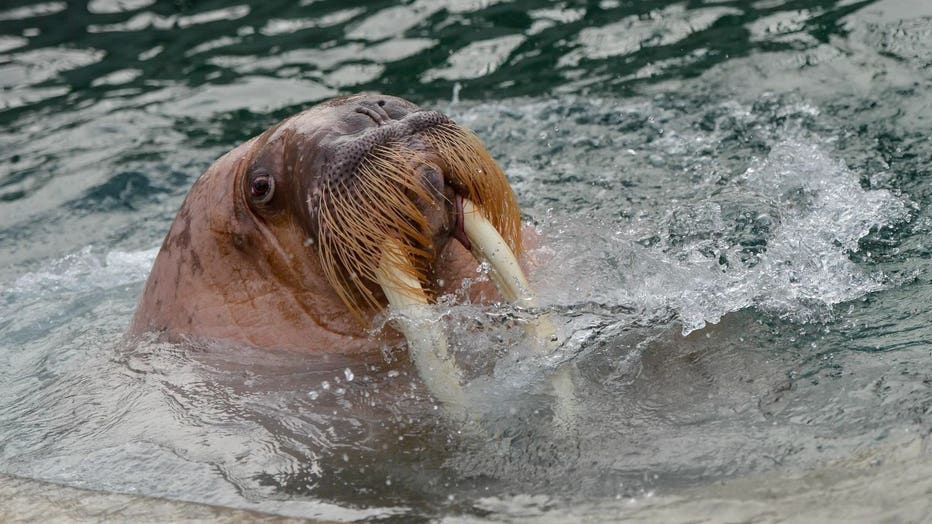 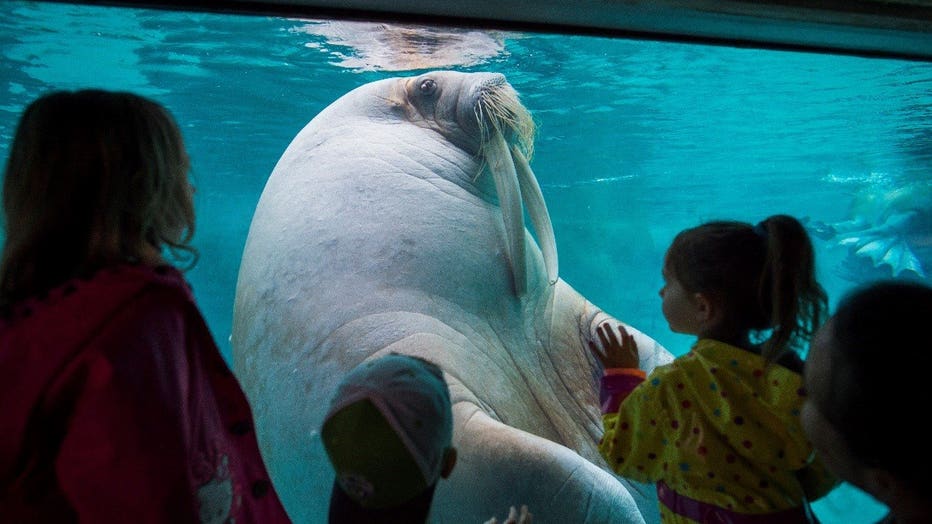 “Dozer is here for the breeding season, and we are hopeful that he will mate with our three female Pacific walruses, Joan, Basilla and Kulusiq.”

That was the purpose of his last visit, last fall and spring, zoo General Curator Dr. Karen Goodrowe Beck said.

“We know from tests that Dozer and the females are capable of reproduction and that copulation took place with all three,” Goodrowe Beck said. “But, sadly, none of the females is pregnant.”

A successful walrus pregnancy would both increase the numbers of walruses in the U.S. and help scientists understand more about walrus reproduction, Triggs said.

Kulusiq is in Tacoma on a breeding loan from New York Aquarium while their walrus habitat is being rebuilt.