SEATTLE -- We're starting out today with some light rain, but it should taper off.

This afternoon will be partly sunny, but cooler than yesterday, topping out near normal - mid 60s. There is still a chance of an isolated shower this afternoon, but I think it'll be pretty good for the May 17 Parade in Ballard.  Ya sure, ya betcha!

Saturday looks showery and cooler, with highs only around 60. Sunday could have a morning shower, then it'll be partly sunny, low 60s. Monday looks dry. Then mid-week next week, expect showers and cooler temps -- topping out only in the upper 50s to near 60. 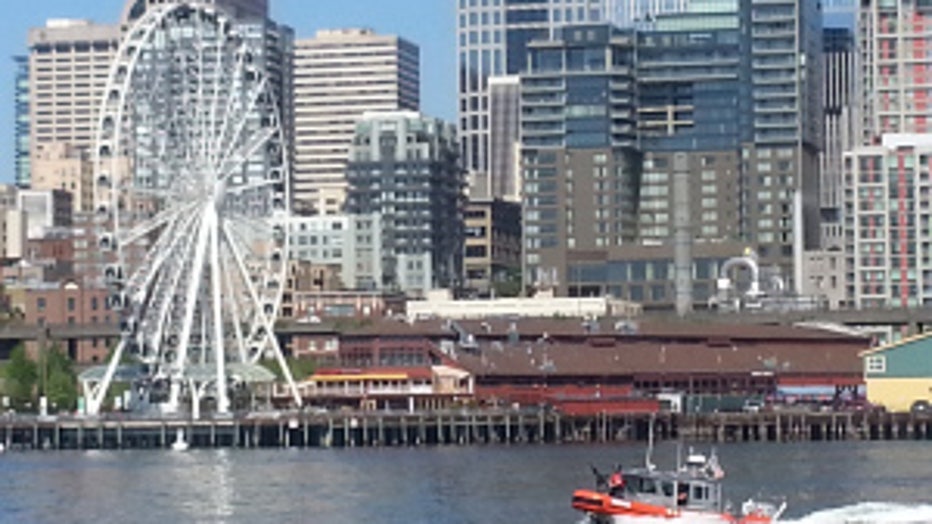 Seattle waterfront. From Nat on the ferry to Bainbridge. 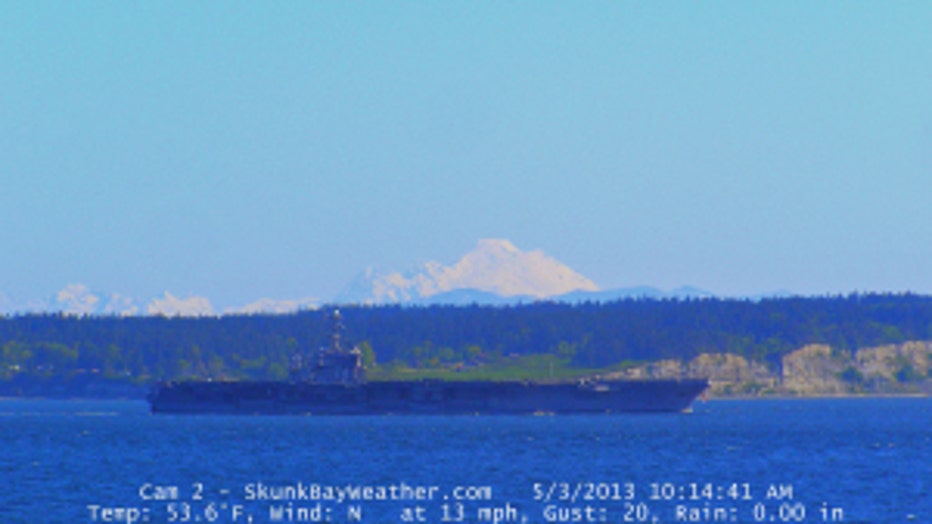 The John C. Stemmis returning to Everett, with Mt. Baker in the background. From Greg at Skunk Bay.