FRESNO, Calif. -- A Fresno County wild cat sanctuary reopened to the public Sunday for the first time since intern Diana Hanson was killed when a lion attacked her at the park last week. 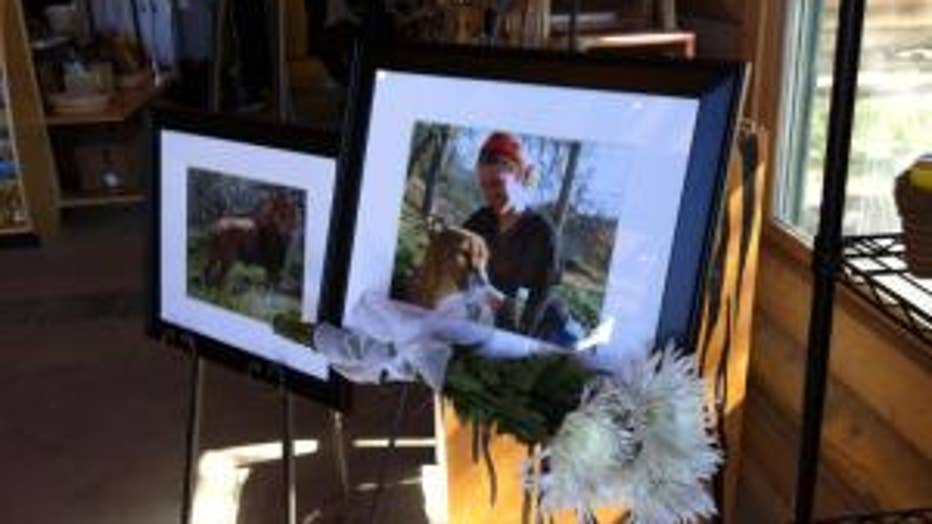 At noon, about two dozen visitors joined stricken staff members of Project Survival’s Cat Haven in a moment of silence for the young woman whose life passion was working with big cats.

Hanson, 26, was killed at the Dunlap park Wednesday, when a 4-year-old male lion named Cous Cous attacked her. Another volunteer tried to lure the lion away from Hanson, but by the time authorities reached Hanson, she was dead. The cat was shot and killed by sheriff’s deputies.

During Sunday’s gathering, the haven's founder Dale Anderson reiterated remarks he made earlier at a news conference that the staff who raised the lion Cous Cous since he was a cub had found no fault with deputies' shooting the animal to get to Hanson.

"People want to put Cous Cous in the same category as her and it’s not the same," he said. "But I'm going to miss my boy."

Members of Hanson’s family have said they believe her death was an accident.

A preliminary autopsy suggested that Hanson died quickly from a fractured neck and “some suffocation,” said Fresno County Coroner David Hadden. The neck injury appeared to have come from a swipe of the lion’s paw.

Project Survival's Cat Haven houses lions, tigers, cheetahs and jaguars in enclosures on a boulder-strewn hillside about half a mile off the main road to Kings Canyon National Park. The nonprofit sanctuary, which raises money for conservation causes, gets about 10,000 visitors a year.

Hanson's mother, Donna Anderson, provided Cat haven with a letter that was read at the Haven's opening ceremony Sunday. Hanson's mother spoke of her daughter's love for Cat Haven, and her desire to see her work continue. Here is the full text of that letter:

"I am living every mother’s worst nightmare in losing a cherished child. I am pleased that Cat Haven is re-opening today, and share in their sorrow in the loss of Cous Cous. It is my desire that they continue their mission in support of saving my daughter’s beloved creatures.
"I have refrained from making a public statement before this, but am using this moment to reinforce the importance of the mission of Project Survival. I received daily pictures from Dianna during her time at Cat Haven and I have never seen her happier and the glow in her face was amazing. Her joy in caring for the new baby jags was evident as well as her time with Tango, Maytag, and newbies like her Jazz and Salsa, with a tip of the hat to her mother’s favorite cat Tizzie the Snow Leopard.
"Dianna and I were 'me and mini me' same face, different color hair. We have shared the love of cats her entire life and I have the accumulation of stuffed felines domestic and wild to prove it. Her legacy will live on through the support of conservancies such as Project Survival’s Cat Haven."