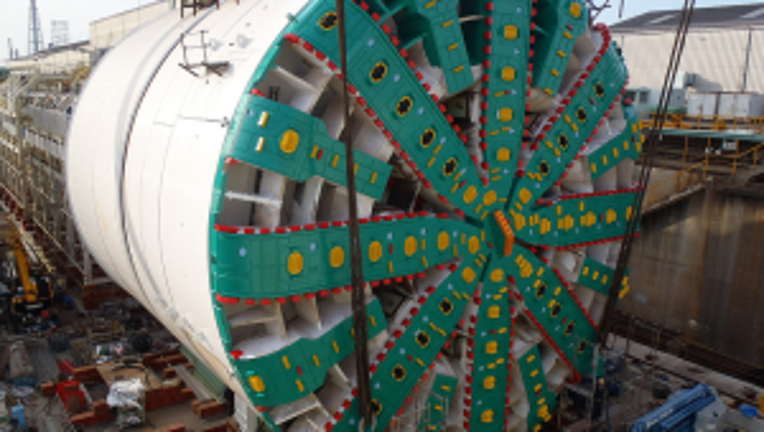 The five-story-tall cutterhead will be lowered into the pit where tunneling will start this summer.

The Washington State Department of Transportation and Seattle Tunnel Partners will host an up-close viewing of the cutterhead while it is suspended in the air Friday near the launch pit just west of Safeco Field and Century Link Field.

In addition to lowering  Big Bertha into the launch pit, crews will conduct a series of tests to make sure the machine is ready to start digging. The two-mile tunnel will run beneath downtown and replace the SR 99 Alaskan Way Viaduct.

The tunnel is scheduled to open in 2015.