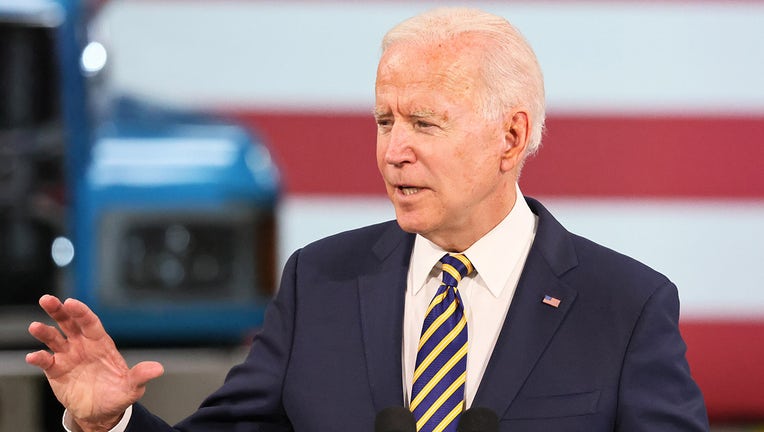 President Joe Biden is sounding the alarm about the need for more resources to fight a series of wildfires in western states, as climate change has worsened the spread and ferocity of the blazes.

"Our resources are already being stretched to keep up," Biden told a bipartisan group of governors at a virtual meeting Friday. "We need more help."

The president opened the meeting with a nod to Washington Gov. Jay Inslee, who sought the Democratic nomination for president against Biden by stressing the threats from climate change. The mix of intense heat, droughts and other events tied to rising average temperatures has turned the fires into a national challenge as the smoke is worsening air quality as far away as New York City.

"Jay, you’re beginning to convince the American people there is a thing called climate crisis," the president said at the start of his remarks, before reeling through a series of troubling numbers.

It was the second meeting between Biden and the governors, and the situation has only worsened since the first, putting a strain on aircraft, hoses and other supplies.

"Since our last meeting, the number of large uncontained wildfires has nearly doubled to 66 fires," Biden said. "The number of firefighters on the job to battle them has tripled. Over 3.4 million acres have already burned."

The Washington governor took the opportunity to discuss the shortage of supplies to stop the fires. But he said his biggest worry is that Biden’s agenda to reduce carbon emissions and limit climate change won’t clear Congress.

"That’s going to ultimately decide whether these forests survive in the next century," Inslee said.