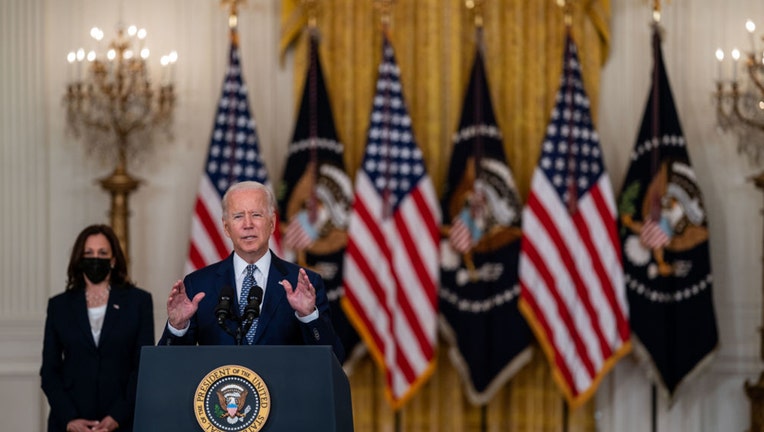 FILE - President Joe Biden delivers remarks on the Senate approving H.R. 3684 Infrastructure Investment and Jobs Act, in the East Room of the White House on Tuesday, Aug. 10, 2021 in Washington, DC.

Chun is the fourth person Biden has nominated to the U.S. District Court for the Western District of Washington, with one of those nominees confirmed by the Senate so far — former Grant County Superior Court Judge David Estudillo. Before Estudillo’s confirmation this month, five of the seven active judge positions in the Seattle and Tacoma courthouses were vacant — the highest ratio in the country.

Biden has stressed the importance of ethnic and professional diversity in his nominations. Chun, a son of Korean immigrants who has served on the appeals court since 2018, would be the first Asian American man to serve as a judge in the district.

"Judge Chun’s accomplished track record — both as a state and county judge, and in private practice — demonstrates he has the knowledge, experience, and perspective to serve on the federal bench in Washington state with distinction," said Sen. Patty Murray, D-Wash., said in a written statement. "If confirmed, I know Judge Chun would bring crucial background and insight to the federal judiciary, and continue to be an asset to our community."

Chun was a King County Superior Court judge for four years before joining the appeals court. He previously worked as a litigator focusing on commercial and employment litigation at Summit Law Group and Preston, Gates & Ellis — now known as K&L Gates.

Chun served as a law clerk for Judge Eugene A. Wright on the U.S. Court of Appeals for the Ninth Circuit from 1994 to 1995. He earned his law degree at Cornell Law School in 1994 and graduated from Columbia University in 1991.

Besides Estudillo, who will serve in the Tacoma courthouse, Biden’s other nominees for the Western District are Lauren King, who heads the Native American Law Practice Group at the Seattle firm Foster Garvey, and Tana Lin, a former public defender who serves as the president of the board of directors for the American Civil Liberties Union of Washington.