White House Press Sec. Jen Psaki said that the Biden administration is looking at every tool in its arsenal to address the increased prices of gas across the country noting the FTC's crackdown on illegal price-gouging as well as conversations with OPEC to increase supply.

WASHINGTON - President Biden on Wednesday called for the Federal Trade Commission to probe whether oil and gas companies are engaging in criminal conduct by profiting from artificially high prices at the pump, even as wholesale fuel costs decline.

Biden – under mounting political pressure with inflation at the highest rate in more than three decades – urged FTC Chair Lina Khan to investigate potential wrongdoing by the industry, alleging "mounting evidence of anti-consumer behavior" by the companies.

"The bottom line is this: gasoline prices at the pump remain high, even though oil and gas companies' costs are declining," Biden said in the letter. "The Federal Trade Commission has authority to consider whether illegal conduct is costing families at the pump. I believe you should do so immediately." 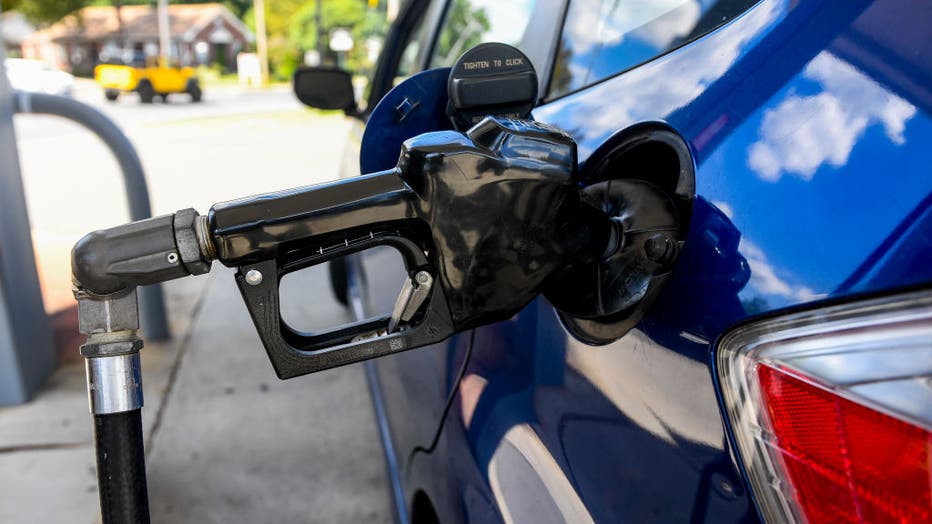 FILE - The fuel nozzle in a car at a gasoline pump at the Citgo gas station on Lancaster Ave in Reading, Pennsylvania, on Sept. 20, 2021. (Photo by Ben Hasty/MediaNews Group/Reading Eagle via Getty Images)

Energy costs played a large role in the inflation surge, skyrocketing 4.8% from September to October, with price increases widespread across the sector. The cost for gasoline (6.1%), heating oil (12.3%) and natural gas (6.2%) all jumped last month from September, largely due to severely lopsided supply and demand: Americans are traveling more, but the supply side has not kept up with the demand.

In the past year, energy costs have jumped a stunning 30%, with gasoline soaring by nearly 50%.