Without naming her, Joe Biden attacked fellow Democratic presidential candidate Elizabeth Warren on Tuesday for employing a "condescending" approach to politics that smacks of "elitism."

The comments, made at a fundraiser in Pittsburgh and in a Medium post published simultaneously online, marked a stark escalation of the brewing confrontation between Biden and Warren, two leading candidates who represent different wings of the Democratic Party.

Biden's comments came in response to Warren's swipe last week that Biden is "running in the wrong presidential primary" and "repeating Republican talking points" with his criticism of her "Medicare for All" plan. The Massachusetts senator released new details of her plan last week and immediately faced veiled jabs from her opponents and sharp questions from reporters.

Without using her name, Biden referenced Warren's attack and criticized those in the party who run with the argument that "you agree with me or you have no courage." He also said it's "condescending" to have a "my way or the highway" approach to policy.

The former vice president went into further detail in a Medium post. He wrote that the knock by "one of my opponents" was "condescending" and "representative of an elitism that working and middle class people do not share: 'We know best; you know nothing.'" He also attacked her as having an "angry unyielding viewpoint" on policy, though he again did not reference Warren by name. 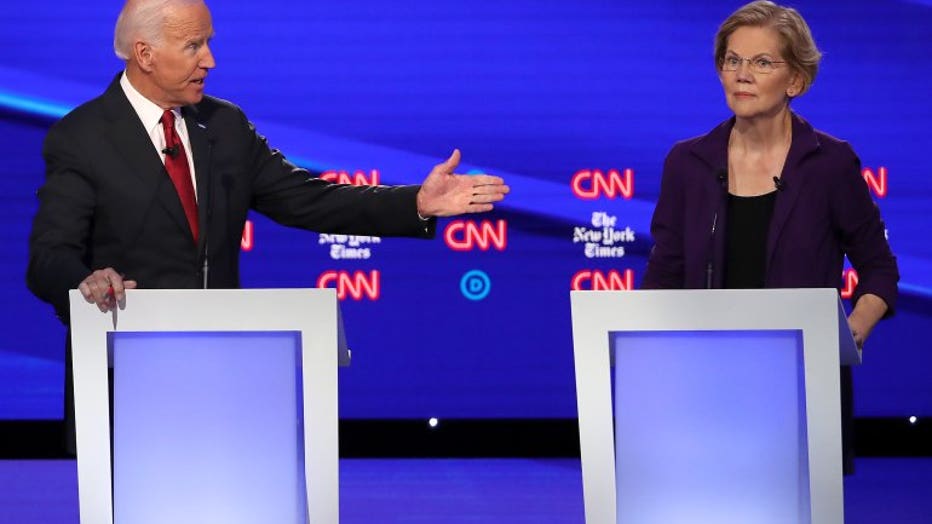 The Warren campaign didn't immediately respond to a request for comment. But the attack on Warren as an elitist is nothing new for the former Harvard Law professor. Republican Sen. Scott Brown derisively called her "Professor Warren" in an attempt to portray her as out of touch during his 2012 campaign against her in Massachusetts, a race she ultimately won.

It does, however, suggest a new, sharper phase of attacks from Biden as Warren continues to challenge his first-place standing, particularly in Iowa, where a series of recent polls have shown her rising to the top of the pack.

In both the Medium post and at the fundraiser, Biden sought to make the case that his policies are both the most progressive and the ones most likely to be enacted.

"One of the things that people want to make sure we can do is you gotta elect somebody who can ... actually get things done," he said at the fundraiser, where he also knocked Warren for "only fairly recently in the mid-'90s" becoming a Democrat.

But even as he went on the offense, Biden warned his opponents not to create a "circular firing squad," which he said would only help reelect Donald Trump.