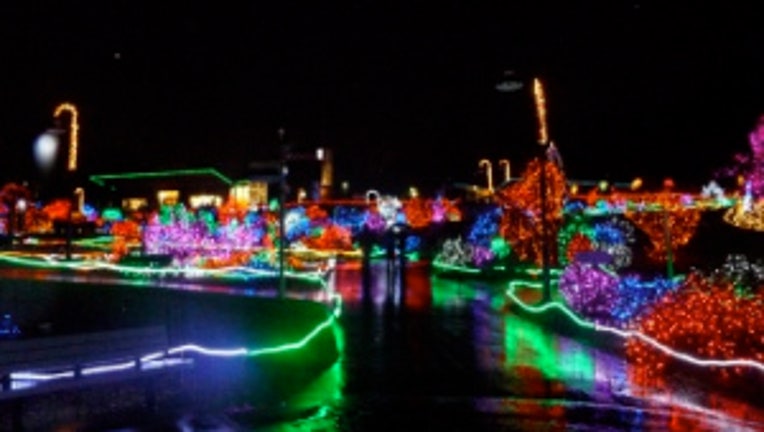 SEATTLE – Looking to cruise through some neighborhoods decked out with Christmas lights and displays? Local real estate brokerage firm, Redfin, has released the top five areas around Western Washington.

Ravenna’s ‘Candy Cane Lane’ has been a Seattle tradition since 1949. Visitors can check out the more than 20 homes that get decked out at NE Park Road, off of Ravenna Boulevard.

Then there’s the Olympic Manor neighborhood in Ballard. That’s around NW 85-th and 23rd Avenue NW. Over in Sammamish, the Timberline and Windsor Greens neighborhoods are known for its bright displays. Redfin recommends checking out a cul-de-sac at 204th Ave NE where 11 homes each decorate with a different theme.

Some 25 homes participate in the ‘Mountlake Terrace Christmas Light’ display at 228 Street SW and 42nd Place.

And finally, people should check out ‘Nutcracker Lane’ in Issaquah. 190th Ave SE off SE 44th Way is a winter wonderland with homes sporting a nutcracker statue and lights.

Across the country, Redfin says the best neighborhoods with Christmas displays are in Brooklyn’s Dyker Heights, Baltimore’s ‘Miracle on 34th Street,’ and Portland’s ‘Peacock Lane.’