SEATTLE -- The Washington State Department of Transportation said that, as of Tuesday, the Bertha tunnel boring in Seattle is now 25 percent complete.

"As of May 31, Seattle Tunnel Partners crews have tunneled a total of 2,314 feet. Tunnel boring is now 25 percent complete," the department said on its website.

"Bertha is located in zone 3 of the tunnel driver. The top of the machine is approximately 105 feet below the surface, approaching Marion Street." 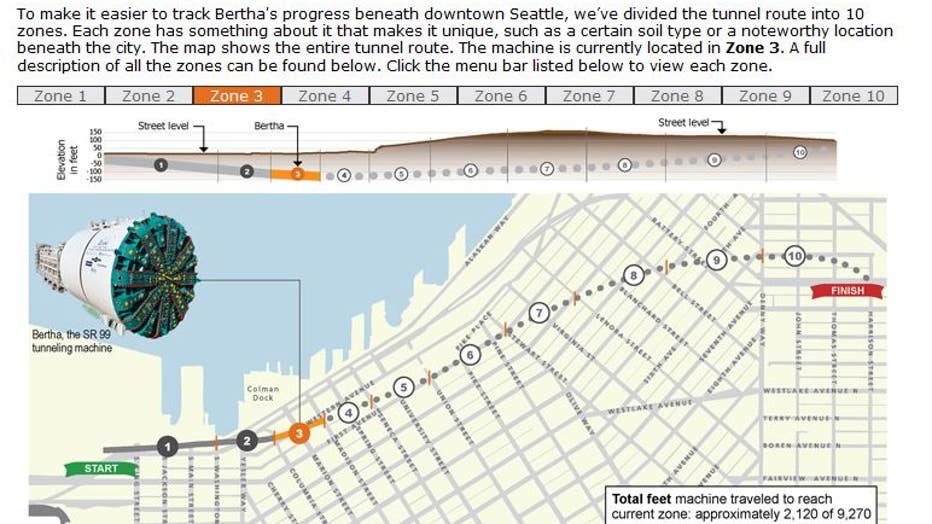 A tunnel along  the Seattle waterfront was the choice to replace the Alaskan Way Viaduct after it was damaged in a 2001 earthquake. But Bertha broke down about two years ago and had only recently resumed operations.

The original completion date for the tunnel was the fall of 2015. The latest estimate for the opening of the double-decker highway project is April 2018.