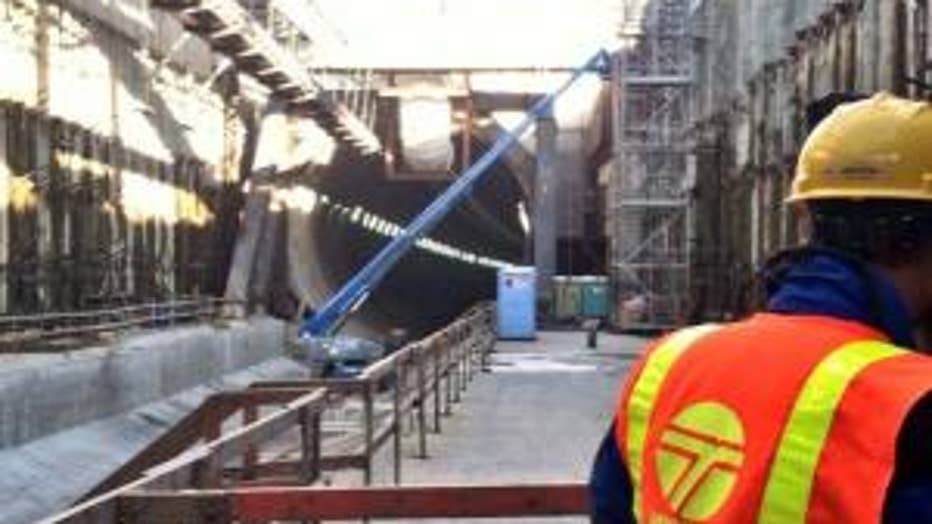 SEATTLE -- Bertha, the world's largest drill, has been stopped in its tracks, 80-feet below Seattle, for a month and a half. And no one can answer why.

Crews are still working to create a new road and hammer out what will be a two story building that will house the control center for the underground tunnel. But so far, that tunnel extends just over 1,000 feet, about one-tenth of its projected 1.7 mile trip.

The enormous drill remains stalled since the warning lights went on in December. Matt Preedy, a deputy administrator with the Washington Department of Transportation, compares it to the 'check engine' light going off in your car.

"It doesn't mean something is wrong," said Preedy. "It means you should probably stop, and look, and see if there is something wrong."

Over the last week, crews have been looking carefully, lowered down into the space just around Bertha's cutting head. It's called a hyperbaric inspection. They found a 3 and a half foot obstruction that is certainly causing problems for Bertha, but the chief reason the massive drill is stuck is still a mystery.

"Today we haven`t really found anything substantial, but we can`t really speculate much on how much longer it may take," said Preedy.

The drill is apparently in good working order but WSDOT says it won't move an inch until they know exactly what the problem is.