WASHINGTON (AP) — Bernie Sanders says he's prepared to work with Donald Trump to help the working class, but will "vigorously oppose" other policies promised by the president-elect.


The independent Vermont senator has released a statement noting Trump "tapped into the anger of a declining middle class that is sick and tired of establishment economics, establishment politics and the establishment media."

He says that if Trump "is serious about pursuing policies that improve the lives of working families in this country, I and other progressives are prepared to work with him."

But Sanders adds that if Trump "pursues racist, sexist, xenophobic and anti-environment policies, we will vigorously oppose him."

Sanders ran against Hillary Clinton for the Democratic presidential nomination, and supported her candidacy after she won that race. 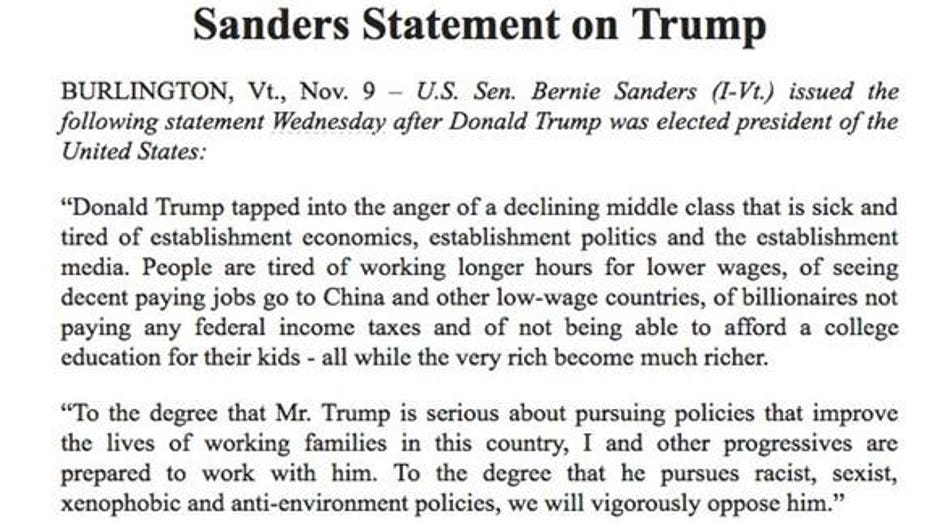