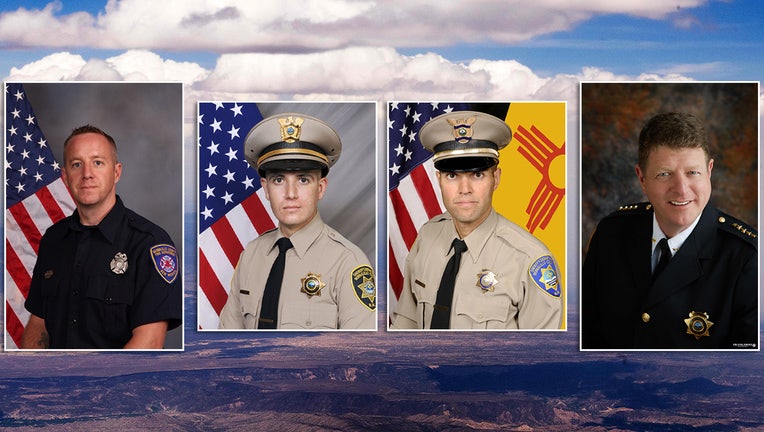 ALBUQUERQUE, N.M. - Evidence indicates that a helicopter that crashed in northern New Mexico after helping fight a wildfire over the weekend descended at a fast rate, with the craft ending up mangled and in pieces after first hitting the ground upright, the National Transportation Safety Board said Monday.

The agency has completed its initial documentation of the deadly crash, but it will likely take weeks for investigators to determine the cause. Authorities were in the process of removing the wreckage from a remote area south of the community of Las Vegas to a secure location where it could be examined further.

The helicopter was carrying three people with the Bernalillo County Sheriff’s Office and a county firefighter when it went down Saturday evening while returning from its firefighting mission. County officials on Monday called the four men heroes.

"It is with a sad and broken heart that we think of the heroes we lost this weekend," Sheriff Manuel Gonzales and Fire Chief Greg Perez said in a joint statement. "The reality is that we will likely grieve this loss forever. Each of these heroes died doing what they loved, serving others. They paid the ultimate price, and we are forever grateful to these men for the love and passion they had as first responders."

Authorities had scheduled a news conference for Monday afternoon in Albuquerque.

Peter Knudson, a spokesman for the NTSB, said there is flight track information that investigators will review to get a better understanding of the path the helicopter was taking on its way back to its home base in Albuquerque. He also said there may have been witnesses so authorities are asking anyone with information to come forward.

While it’s common for afternoon and evening thunderstorms to circle New Mexico during monsoon season, it didn’t appear there was any adverse weather at the time of the crash, Knudson said.

"But we will look at everything as part of the investigation," he said. 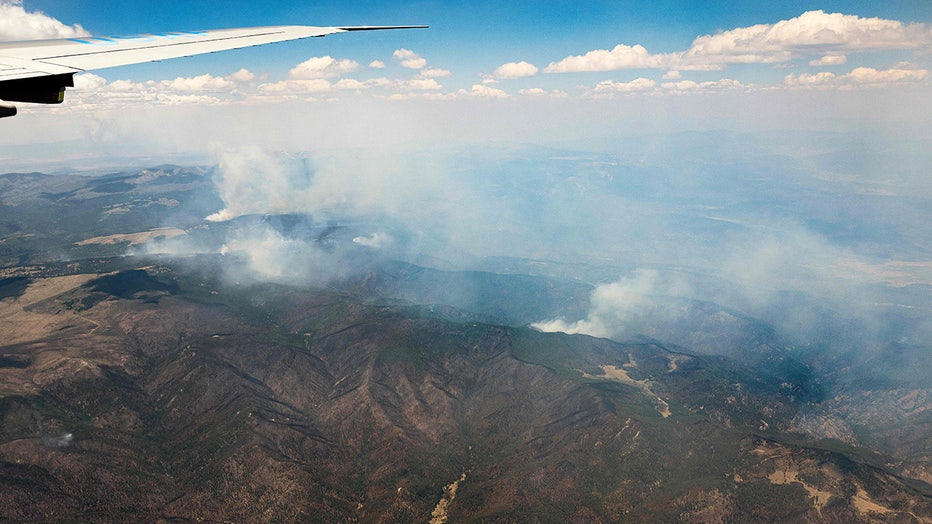 Air Force One, with US President Joe Biden, flies over New Mexico fires on June 11, 2022. (Photo by JIM WATSON/AFP via Getty Images)

The weekend proved to be a deadly one for air travel. The NTSB reported numerous fatal accidents involving small planes and helicopters over recent days.

"We have a lot more flying activity in the summer months so we tend to see the accident rates increase in the summer months," Knudson said. "Sometimes they just cluster and so you'll have a lot accidents over a short period and then there will be very few. There's no pattern that we can determine. There is no single factor linking these together."

In New Mexico, Gov. Michelle Lujan Grisham ordered flags to fly at half-staff through sundown on Friday in honor of the first responders killed in Saturday's crash.

Among them was Undersheriff Larry Koren, a veteran pilot who had been with the Bernalillo County Sheriff’s Office for more than two decades. He was part of a New Year’s Day mission to rescue employees and a tram operator who got stuck while descending in the Sandia Peak Aerial Tramway.

Lt. Fred Beers also helped with that rescue and was among those killed in Saturday's crash. Beers had been with the sheriff's office for 13 years.

Fellow law enforcement officers and firefighters lined highway overpasses as the men's bodies were brought to Albuquerque on Sunday. Many saluted as others held their hands over their hearts. Some also talked about how the men were always ready to serve beyond their jurisdiction.

It has been a particular severe start to the fire season, with the Bernalillo County crew just one month ago helping drop water on a wildfire that was sparked in a rugged area on the eastern edge of Albuquerque. With resources wearing thin across the region, municipal firefighters and first responders often have been assigned to help with the wildfire effort.