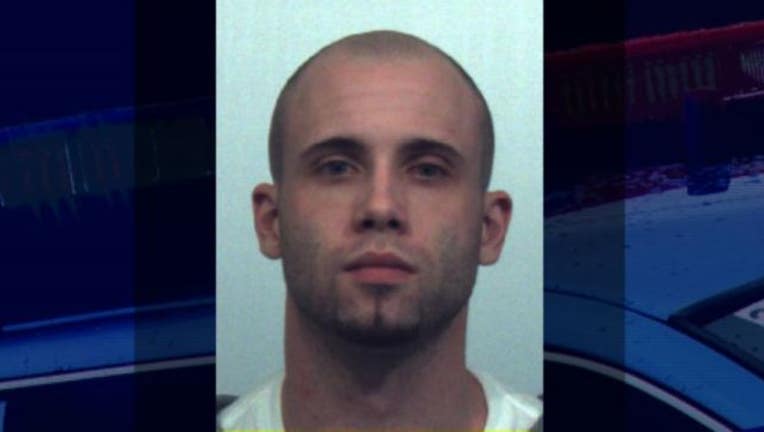 FUGITIVE CAPTURED March 28, 2014 -- The Benton County Sheriff's Office arrested Brandon Reeser-Stump on Friday. The Department of Corrections says he faces multiple new felony charges. WANTED IN THE TRI-CITIES March 21, 2014 -- The last part is true for this missing high-violent offender wanted in the Tri-Cities. Police say when Brandon Reeser-Stump got in a high-speed chase with his wife in the car, wrecked his ride and ran off -- leaving her behind and hurt. Department of Corrections officers say he's been the one hurting her in the past. The chase started because Richland police spotted the two and knew his wife had a domestic violence no contact order against him. That's what he's breaking probation on now, as well as facing multiple felony charges for that cop chase. Reeser-Stump has more than 40 convictions on his rap sheet, and officers say he's into drugs including meth. If you can help cops find him, call an anonymous tip into: CRIME STOPPERS: 1-800-222-TIPS You must call the Crime Stoppers hotline with your tip to be eligible to receive a cash reward for information leading to a fugitive’s arrest. CLICK HERE for information on how to TEXT A TIP to Crime Stoppers