BELLINGHAM, Wash. - A Whatcom County jury on Thursday found Kamee Dixon guilty of homicide by abuse in the death of her boyfriend’s three-year-old daughter Hazel Homan. The court declared a mistrial for the second-degree murder charge after the jury deadlocked on that count.

On Tuesday, the judge sent the jury back to continue deliberations after they indicated that they could not come to a decision on both counts.

The jury could only reach a verdict on one of the two charges after three days of deliberations.

Sentencing is tentatively scheduled for July 14. Dixon faces 20 years to life in prison.

How we got here

The criminal trial has gone on for nearly three months, with prosecutors saying the victim suffered repeated injury at Dixon’s hands. 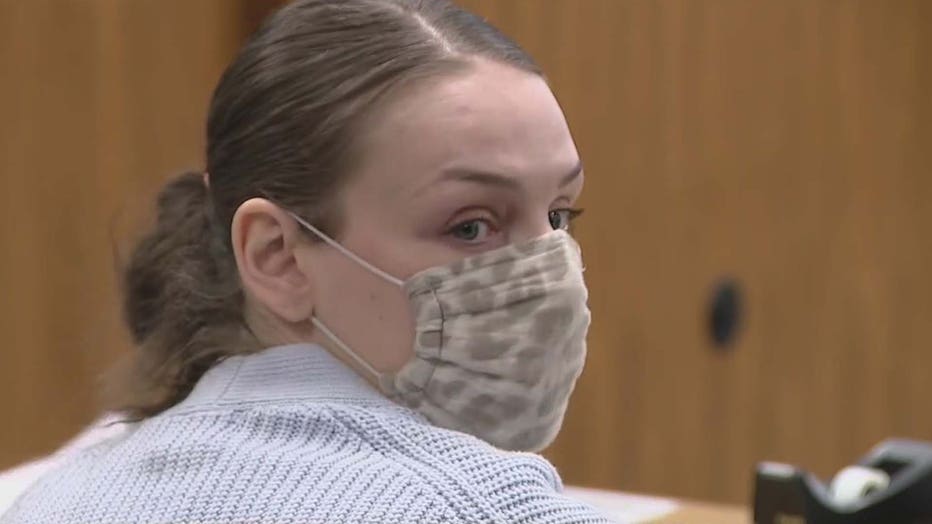 The defense, in its closing arguments reinforced its version of events, arguing that the child’s death was an accident.

Since the start of the trial, Dixon and her defense claimed Homan’s death was the result of her choking on a breakfast sandwich. Dixon previously testified saying she opened the child’s locked jaw with her hand, "scooped out" food and attempted to perform CPR. During closing arguments, the defense showed a video recorded by doctors inside the child’s throat.

"If we go forward a little bit, we can see something. I don’t know what that is, but it looks a lot like scrambled egg to me," said defense attorney Doug Hyldahl while addressing the jury.

The defense contends the choking accident is what caused brain injuries that led to her death in November 2019, not abuse prosecutors are accusing Dixon of.

However, the prosecution said Dixon subjected Hazel to repeated physical abuse before the final, fatal encounter back in November 2019. They accused Dixon of shaking Hazel, causing a brain injury consistent of Shaken Baby Syndrome, resulting in her death.

Many times, Homan's many injuries were mentioned in trial, like her bruises, burned hand and infected eye; injuries the prosecution claimed were at the hands of Dixon. However, the defense expert witnesses said the child had a vitamin D deficiency, making her more prone to injuries and fractures.

A Whatcom County judge on Tuesday ordered a jury to continue deliberating after they initially said they had reached a verdict, but later indicated to the bailiff that they had only come to an agreement on one of two counts.

Prosecutors said the burn happened while the child was under Dixon’s supervision, but said the injury wasn’t reported until 11 days after the burn.

The prosecution also claimed Hazel was kept in isolation from family, friends and daycare if she had bruises on her body.

During a rebuttal to the defense’s closing arguments, prosecutors argued Dixon abused Hazel over the course of five months. They noted the medical examiner’s office found 50 injuries—all at various stages of healing.

Hazel’s father, Brandon Homan, was in court during the closing arguments. Dixon is his girlfriend. The court could hear Homan crying while he viewed pictures and videos of his daughter as exhibits.