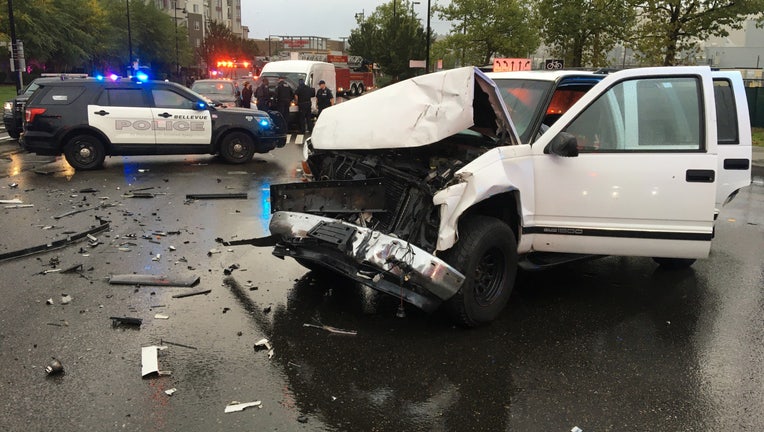 BELLEVUE, Wash. - A police officer had to jump out of the way of a moving vehicle when he tried to make a traffic stop in Bellevue Sunday evening.

According to Bellevue Police, the officer made the stop in the 400 block of 120th Avenue NE. The driver of the vehicle stopped pulled over, but then made a U-turn and drove toward the officer.

"Luckily, he was able to get out of the way safely," police said.

The driver then fled the scene and was spotted southbound on I-405, police said. Bellevue police attempted a stop, but the suspect sped off, driving recklessly, and Bellevue police abandoned the pursuit.

The driver exited at Exit 5 in Renton and crashed into a vehicle that was stopped at a stoplight.

The driver and passenger then took off on foot and were caught a short time later. The driver who was hit by the fleeing suspects was not injured.