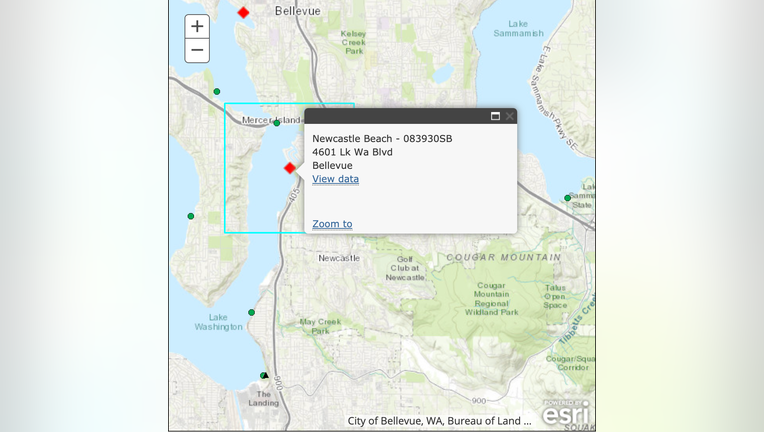 BELLEVUE, Wash. - Bellevue officials said Thursday that the swimming area at Newcastle Beach Park is closed until further notice after high levels of bacteria were found in the water.

Although the beach has been closed, the park remains open, officials said in a written statement. The closure order was issued by the Public Health – Seattle & King County Department after the high bacteria levels were recorded.

While the swimming area is also closed at Meydenbauer Bay Park, the swimming areas are still open at Bellevue’s other beach parks – Chism, Clyde and Enatai. Lifeguards are at those parks noon-7 p.m., seven days a week.