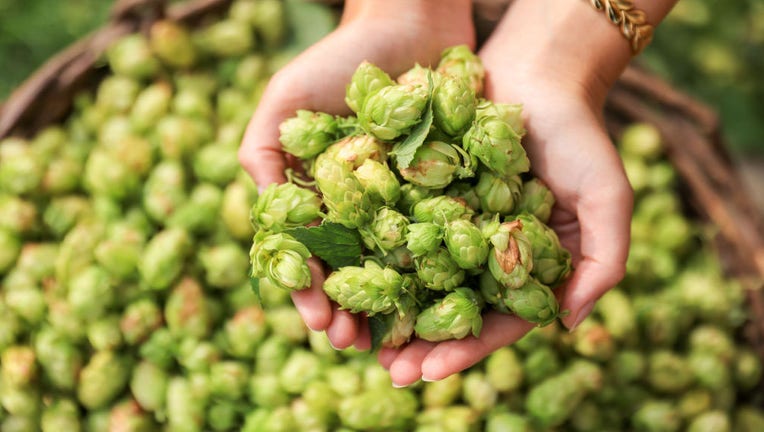 Hops, the dried, flowering parts of the hop plant used in beer, may have some unique health benefits when it comes to Alzheimer’s disease, new research suggests.

A study, published on Oct. 25 in the American Chemical Society’s Chemical Neuroscience journal, reports that chemicals extracted from hop flowers may prevent the clumping of amyloid beta proteins in the brain, which researchers say is strongly associated with Alzheimer’s disease.

While the research doesn’t mean one should drink more bitter beer, the researchers said hop compounds could serve as the basis for foods that lessen the risk of neurogenerative disease.

Alzheimer’s, the most common form of dementia, involves parts of the brain that control thought, memory, and language. It’s often marked by memory loss and can seriously impact a person’s ability to carry out daily activities.

The U.S. Centers for Disease Control and Prevention estimates that nearly 6 million Americans were living with Alzheimer’s disease in 2020. Barring the development of medical breakthroughs, that number is expected to double by 2050, according to nonprofit the Alzheimer's Association.

The disease leads to nerve cell death and tissue loss throughout the brain, the Alzheimer’s Association explains on its website. Over time, the brain shrinks, and nearly all of its functions are affected, the nonprofit says.

A combination of physical activity, not smoking, light alcohol consumption, a good diet and cognitive activities may help lower the risk of the disease by as much as 60 percent, a study found.

Researchers are not fully clear on what causes cell death and tissue loss in Alzheimer’s patients, but plaques built up between nerve cells are a prime suspect. Plaques form when amyloid beta protein pieces clump together.

"Part of the difficulty in treating the disease is the time lag between the start of underlying biochemical processes and the onset of symptoms, with several years separating them," an American Chemical Society post detailing the new research states. "This means that irreversible damage to the nervous system occurs before one even realizes they may have the disease.

Given the time lag, scientists have focused on preventative strategies for Alzheimer’s disease. One area is in "nutraceuticals," or foods that have some type of medicinal or nutritional function.

The hop flowers used to flavor beers have been explored as one of these potential nutraceuticals. Recent studies have suggested that bitter hop acids could improve cognitive function, attention, and mood in older adults. Other research has suggested that the plant could interfere with the accumulation of amyloid beta proteins associated with Alzheimer’s disease — at least in mice.

In the new study, University of Milano-Bicocca researchers Cristina Airoldi, Alessandro Palmioli, and colleagues sought to investigate which chemical compounds in hops might have this effect. 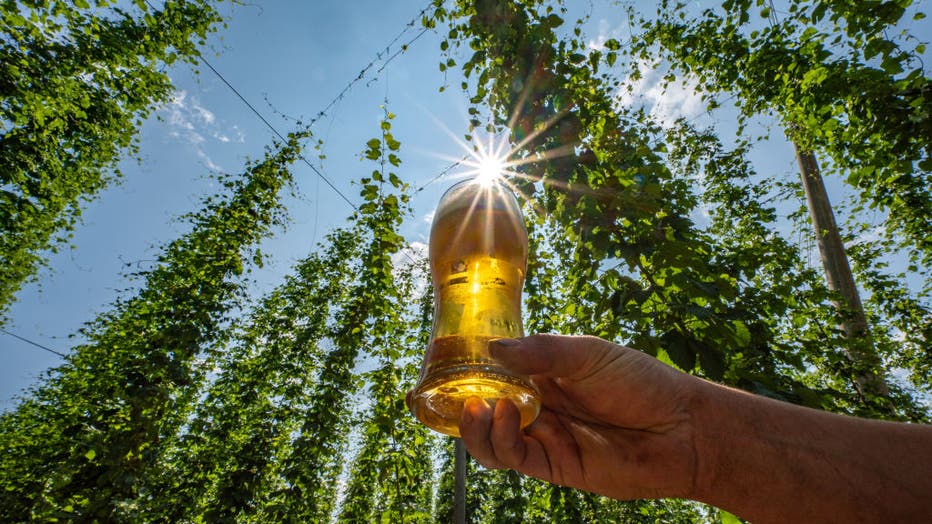 FILE - A man holds a glass of beer in a hop field. (Photo by Armin Weigel/picture alliance via Getty Images)

The researchers tested four common varieties of hops found in beer. They found that the extracts could prevent amyloid beta proteins from clumping in human nerve cells in lab dishes.

The most successful extract was from the Tettnang hop, found in many types of lagers and lighter ales, the team reported.

While the findings in no way justify drinking more bitter beer, the researchers said hop compounds could serve as the basis for foods that lessen the risk of Alzheimer’s disease.

The research was funded in part by the Italian Ministry of University and Research (MUR).