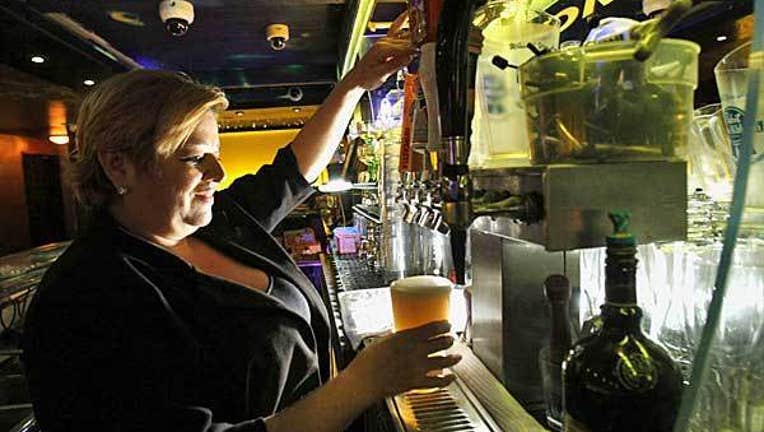 Hipsters are making beer more expensive, or at least that’s the argument that’s been popular the last couple of days. But the brewing industry -- run by enormous multinational conglomerates -- has been planning price hikes for years.


First appearing in the New York Daily News, the quote that launched a thousand Facebook shares was from Chuck Ellis, head of a research group called Restaurant Sciences that looks at trends in the restaurant industry:

"I believe the single biggest driver in sub-premium beer price increases is indeed specifically PBR. It has become quite fashionable."

Ellis was referring to the findings of a recent study conducted by his company. The study looked at beer prices in 500 restaurants and bars throughout New York City and found that, while all beer prices had increased over the last six months, the price increase of "sub-premium" beers like Keystone, Natural Light and Pabst Blue Ribbon far outpaced the other product segments.

The breweries themselves are a far more probable cause of the increase on sub-premium beer prices. The market share and profit margins of the multinational conglomerates that brew sub-premium beer -- which actually invented the whole category -- have been shrinking for years. When the economy tanked and the customers of the big beer brands felt the pinch, many moved away from the "premium" brands like Bud Light, Coors and Miller to the lower-cost sub-premiums.

Sub-premium brands have much thinner profit margins, and the breweries have been trying to move people back into the higher-margin brands for years. An article in Advertising Age from April 2011 about the disparity in cost between tiers says, "Executives can cope with the volume losses -- as long as they move consumers into their own premium brands. Anheuser-Busch has been especially aggressive, making it a goal to reduce the price gap between its subpremium and premium brands to 15%, down from the historical average of 25%." These price shifts don't occur overnight, and the effect is finally being noticed at retail.

Perhaps the customers who downshifted into a sub-premium brand during the recession have realized that the beer tastes pretty much the same as their old "premium" favorites and, being now more penny-wise,  decided not to pay extra for a different label. Perhaps the craft beer revolution is finally starting to hit the big brewers' bottom lines and they are getting more serious about recouping that lost revenue.

If the basis of the argument for PBR's price increase is that the beer is popular with hipsters and they are driving the price up, then why not blame college students for the price increase? 2012 saw a record number of students enrolled in post-secondary education. They love PBR too.